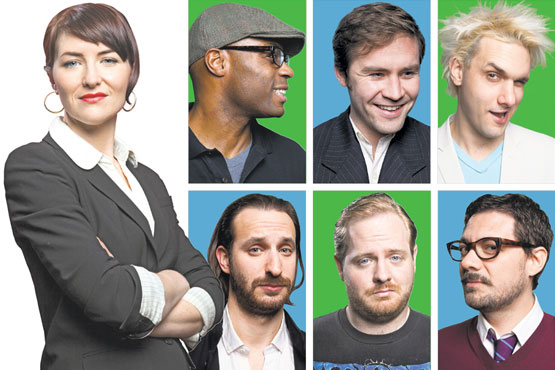 Over the weekend, AoM readers flooded my inbox with this article from the Wall Street Journal called “Where Have the Good Men Gone?” It was written by Kay S. Hymowitz, who recently published a book entitled Manning Up: How the Rise of Women Has Turned Men into Boys.

In the WSJ article, Ms. Hymowitz laments that there are no longer good men out there, just a bunch of overgrown man boys. She then gives the same tired reasons for why American men aren’t doing so well today:  the economy, pop-culture, delayed marriage, video games, etc.

Personally, I’m getting tired of these “What’s wrong with men?” articles and books. I’ve lost count how many of them I’ve read over the past five years. I seriously have a bookshelf full of tomes on the subject. At first they were somewhat interesting–at least the place of men in society was being discussed and studied. But I feel like it’s just become an endless piling on. My biggest beef is that the authors typically don’t offer any solutions to the problem. Instead, they just pity these hapless men or laugh at them, but never try to help. Mostly because the solution–that men need to revive some of the lost virtues of manliness might seem sexist. The WSJ article says:

“What explains this puerile shallowness? I see it as an expression of our cultural uncertainty about the social role of men. It’s been an almost universal rule of civilization that girls became women simply by reaching physical maturity, but boys had to pass a test. They needed to demonstrate courage, physical prowess or mastery of the necessary skills. The goal was to prove their competence as protectors and providers. Today, however, with women moving ahead in our advanced economy, husbands and fathers are now optional, and the qualities of character men once needed to play their roles—fortitude, stoicism, courage, fidelity—are obsolete, even a little embarrassing.”

Those virtues are embarrassing? Embarrassing to whom? The truth is we need those virtues more than ever–they’re not just important in war and crisis, but in the every day decisions that we make, in how we lead our families, and build our communities.

These kinds of articles also always frame the issue in a way that makes all modern men seem like boobs, with the implication that all modern women are paragons of maturity and success (just look at the picture above that ran with the article!). Are men the only ones who need work? You would never see an article called, “Where Have All the Good Women Gone?”

Also, I have a feeling that these articles just perpetuate the low expectations that society has for young men today. The articles and books simply stereotype all men as loutish, clueless, neanderthals. If you want men to man up, we need to highlight the positive examples of masculinity in society and expect more from men instead of throwing up our hands and exclaiming “Men! What can you do?” How about an article on the fact that tens of thousands of men are extremely interested in bettering themselves these days? How about an article on the fact that while a lot of men grew up without a strong male mentor in their lives, and do in fact feel a little lost, they earnestly want to catch up on what they missed out on and are  eager to become the best husbands, brothers, and citizens they can be?

At AoM, we recognize that many young men are struggling today, but instead of just talking about the problem, we’ve made it a goal to provide the tools, information, and inspiration men need to improve their lives. We’ve also made an effort to highlight positive examples of manliness.

I’m really proud of the AoM Community that has built up these past few years. It’s an army of men who are sick of low expectations and unfair stereotypes. If women are wondering where all the good men have gone, then they simply haven’t met the men who I interact with every single day. Honorable men who are doing their best and who are dedicated to living a manly and virtuous life.

Thank you for being positive examples of manliness and your efforts in reviving the lost art of manliness. I know with all our efforts, we can improve the lives of men everywhere.

Read Where Have the Good Men Gone? – WSJ.com.