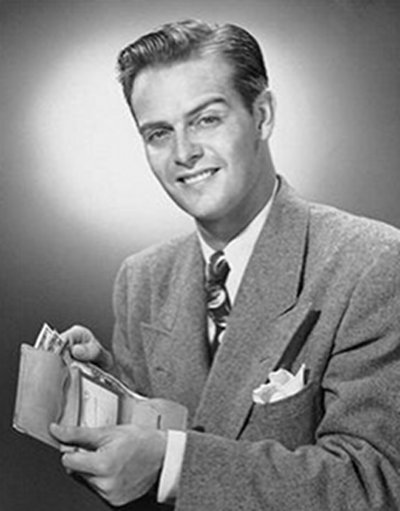 Editor’s Note: This is a guest post by Baker of Man Vs. Debt.

“Look back to learn how to look forward.” -Joe Girard

Our grandfather’s generation wasn’t perfect. They had their own set of flaws and weaknesses.

But they got a lot of things right. And one of those things is how to handle your finances.

Grandpa learned his financial lessons from the school of hard knocks. He lived through the Great Depression, which taught him to live leanly, to save, and to be grateful for what he had. And he lived in a time where staying out of debt was a matter of independence, pride, and self-reliance, something he believed reflected on a man’s most precious resource–his character. 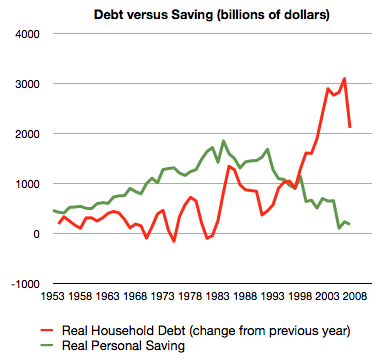 We’ve unfortunately forgotten many of Grandpa’s lessons on finance. But they’re just as true as they ever were. So today let’s dust them off and re-discover these tried and true principles. 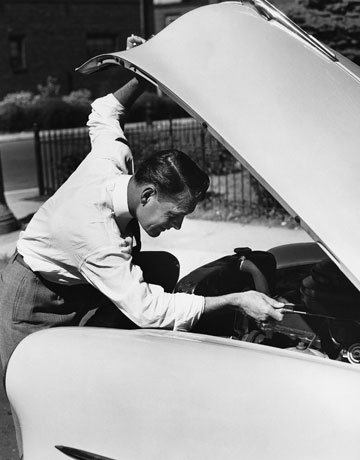 “If money is your hope for independence you will never have it. The only real security that a man will have in this world is a reserve of knowledge, experience, and ability.” -Henry Ford

One of the things I respect most about my grandfather’s generation was their resourcefulness.

And let me point out here that resourcefulness is not simply being cheap. Nobody enjoys a cheapskate.

But while my grandfather was far more thrifty than I am, he wasn’t cheap. He was just a lot more resourceful.

To put it simply, resourcefulness is the intersection of self-sufficiency and creativity.

This combination can help our finances in several key ways: 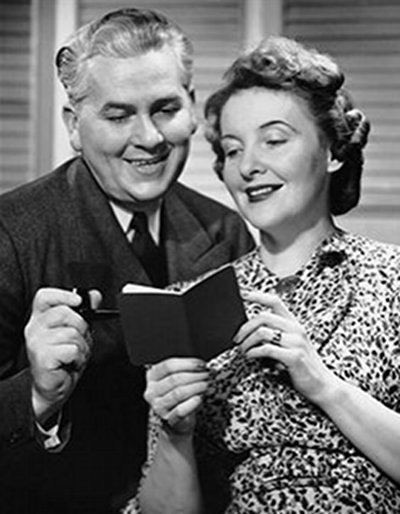 “Problems cannot be solved at the same level of awareness that created them.” -Albert Einstein

Einstein was right. It’s impossible to take back control of our financial life unless we become more conscious.

My grandfather had a particular habit that made it almost impossible for him to forget the details of his life. He never went anywhere without his pocket notebook.

The Art of Manliness has explored the pocket notebook’s manly history and the famous men who used them. Carrying a little notebook with you is useful for brainstorming, writing down ideas, and keeping track of goals. They’re also handy when it comes to our finances, as they can be leveraged to help track our everyday spending.

When John D. Rockefeller got his first job as a young man, he bought a small red ledger book for 10 cents. He called it Ledger A and took it with him everywhere. Within its pages, he kept track of every single penny he spent or donated. Once Ledger A was filled up, he bought another and called it Ledger B, and continued this habit throughout his life as he rose from assistant bookkeeper to corporate titan. He considered his ledgers to be among his most prized possessions, and he taught all his children to keep track of their expenditures just as he had done.

Men from all walks of life and levels of wealth did likewise. But eventually the idea of tracking your spending in a pocketbook was replaced by the use of checkbooks. Everyone was carrying checks anyway, so it made great sense to track spending, check balances, and keep notes in the same place.

But over the last 40 years or so, the emergence of plastic cards has once again changed the way we stay aware of our spending. Credit cards have ushered in the era of “Swipe and Analyze.”

We charge all of our purchases with no tracking or monitoring and analyze them 30, 45, or 60 days later when the bill comes (or sometimes not at all). This is no way to take charge of your finances!

The extinction of the pocket notebook and the checkbook has caused us to lose touch with our everyday spending. Credit card spending causes us to be detached from our money in the same way using chips at a casino encourages us to lose more.

We all love the convenience of spending with plastic, but we need to take steps to ensure we stay aware and on top of our spending.

If you haven’t given it a try, bring back the pocket notebook into your life. Its benefits stretch far beyond just your spending and financial life. 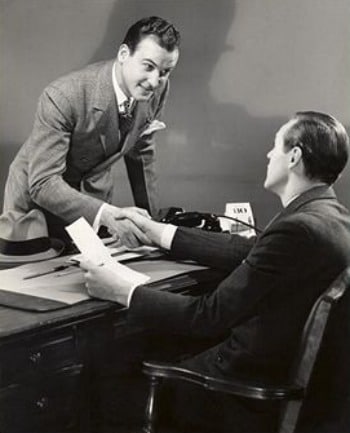 “Let us never negotiate out of fear. But let us never fear to negotiate.” -John F. Kennedy

Negotiating is a skill that’ll earn you hundreds of thousands of dollars over the course of your life.

And, no, you don’t have to be a slicked-back used car salesman–or have a pushy, aggressive style. In fact, that garbage always backfires.

What you need to be is confident. Not pushy, controlling, manipulative, or cocky. Just confident.

Generations of men before us were far more comfortable and confident when negotiating. They knew the truth of the matter: We all negotiate every day of our lives.

Negotiation is simply when communication and problem solving collide. Anytime there is a problem–and you use communication to solve that problem–you are negotiating.

We *all* do that multiple times in any given day, and there’s no reason it should make our palms sweat and our heartbeat go crazy.

Negotiation is learned through practice. Practice will make you more comfortable. Comfort will breed confidence. And confidence will shatter any fear you have around it.

My grandfather understood that:

Once you realize there are plenty of opportunities, that you have the right to negotiate, and that value is constantly fluctuating… negotiating doesn’t seem that scary. 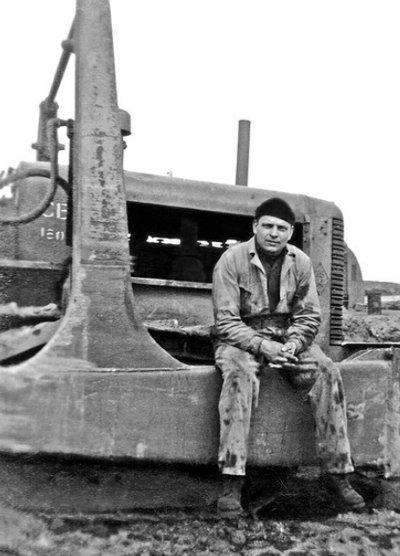 “Ability is what you’re capable of doing. Motivation determines what you do. Attitude determines how well you do it.” -Raymond Chandler

An older male mentor of mine used to say to me: “You deserve nothing. Remember that.”

At first, I dismissed it as the preaching of a generation that really had nothing for a long-time. But as I grew older, I realized that his repetition of that saying was meant to remind me to be thankful.

He was steering me away from the trap of an entitlement attitude. He was urging me to see how blessed I really was.

In our current society of “I’ll take everything and I want it yesterday,” it’s great to have a constant reminder of just how fortunate we really are.

The men and women of generations past combined this blessed attitude with an unwavering work ethic. It’s a combo that we simply rarely see these days.

In the same vein, there used to be an admirable pride to owning property, transportation, and possessions without leveraging debt. Loans have existed for a long, long time, but they were sparingly used and paying them off was a primary goal.

Our modern, daily reliance on debt and financing was simply unheard of.

Whenever I let my entitlement attitude creep back in, I find myself complaining, procrastinating, blaming, whining, and moaning.

It’s times like these I remember the fundamentals of my grandparents.

I’m interested to hear what quality you most admire in your grandfather’s generation!

What other traits can inspire us to take back control of our financial lives?

For the last three years, Baker has shared his young family’s journey to pay off debt, sell their crap, and travel abroad over on Man Vs. Debt. Registration is now open for You Vs Debt, Baker’s 6-week online class with daily videos, challenges, and accountability forums to empower you to passionately take back control of your financial life.