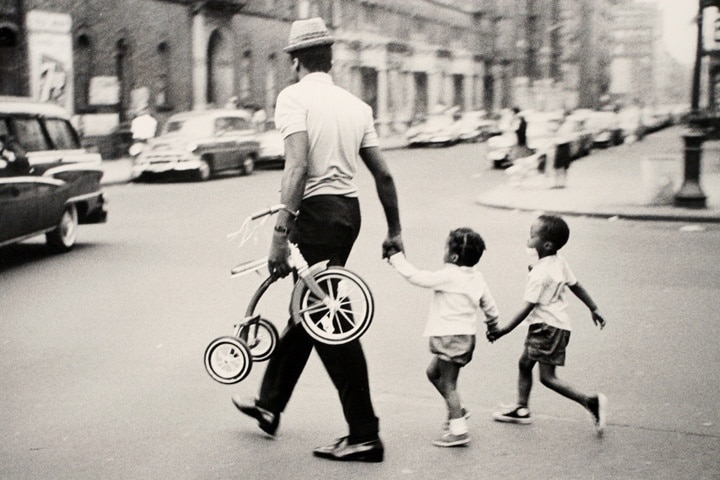 Throughout this year we’ve been running a series on how to father with intentionality and create a positive family culture.

Whenever we’ve written on this topic, we invariably get comments from some men who have decided to opt out of the marriage and kids route altogether. Often (though not always) the root of these commenters’ decision to steer clear of family life is their own personal experience: they come from families where home was not a haven. Arguing, infidelity, a lack of love, and ultimately divorce are what these men know of family life. Maybe they were even abused as children by one of their parents. Why even get married or start a family if that’s how it’s going to be?

And they have a point. The research strongly suggests that marriage and divorce patterns get passed along from generation to generation. If you come from a family of divorce, your attitude about marriage is less likely to be positive, and if you do get married, the chances your marriage will end in divorce are statistically higher than those consisting of partners from intact families. Also, research shows that people who were abused by their parents as children are much more likely to abuse their own children. It’s sort of a fulfillment of the biblical idea that curses persist through many generations.

But those studies only tell half the story.

Other research suggests that you’re not destined for the divorce courts and multiple Christmases just because you or your spouse comes from a divorced family.

“A person, who, in a single generation, changes the entire course of a lineage. The changes might be for good or ill, but the most noteworthy examples are those individuals who grow up in an abusive, emotionally destructive environment and who somehow find a way to metabolize the poison and refuse to pass it on to their children. They break the mold. They refute the observation that abused children become abusive parents, that the children of alcoholics become alcoholic adults, that ‘the sins of the fathers are visited upon the heads of children to the third and fourth generation.’ Their contribution to humanity is to filter the destructiveness out of their own lineage so that the generations downstream will have a supportive foundation upon which to build productive lives.”

I love the idea of being a transitional character — of forging a new, and stronger link in your family lineage. Instead of being tethered to a string of weak links, you can proactively create a new chain and a new story for your family — one that’s much more positive.

I’d argue that being a transitional character applies to more than just family stability. Even if you didn’t come from a family of divorce, maybe you want to be more involved with your own kids than your dad was with you and your siblings. You don’t want your life to mimic the song “Cat’s in the Cradle.”

Or maybe you have a family history filled with overweight and out of shape men who’ve keeled over from a heart attack at age 50. You can be a transitional character by leading your family into a life of health and fitness, and sticking around to see your grandkids off to college. If debt troubles have plagued your family for generations, be the first person that shifts your family history towards the path of financial responsibility.

Being a transitional character means looking at any vice or problem that’s been a common thread throughout your family history and deciding: “It stops with me.”

With that said, becoming a transitional character is often easier said than done. You’re fighting against the stream of deeply ingrained patterns that you picked up in childhood and throughout your formative years. Becoming a transitional character requires you to completely transform how you see and respond to your world and environment. It’s a difficult task fraught with missteps and backsliding.

But it can be done.

Below we provide some research-backed suggestions on how to forge a new chain in your family history by becoming a transitional character: 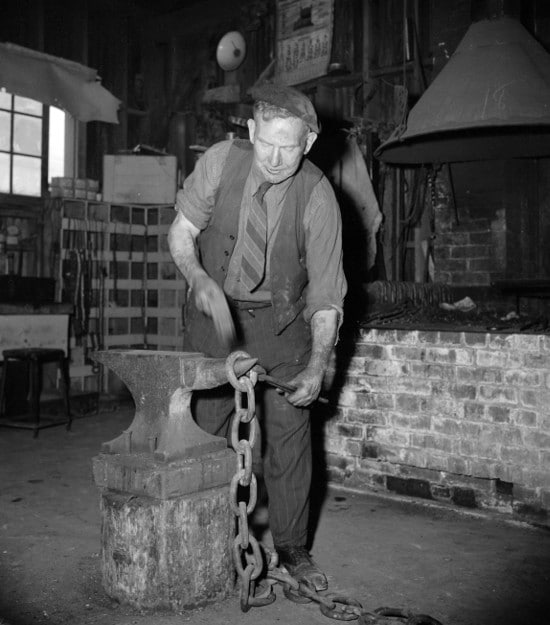 1. See yourself as a transitional character.

The initial step in becoming a transitional character is simply to see yourself as one, and to make that mantle part of your identity. This first requires recognizing that you’re part of a negative family story. It necessitates the humility to admit that without intentional, concerted effort on your part, there’s a good chance you’ll continue that negative narrative. We like to think of ourselves as capable of overcoming our parent’s influence, but it’s surprisingly hard. We often think we’re nothing like them, only to see the old familial traits suddenly, and dishearteningly emerge in us during certain periods of our life. Certainly it’s a truism of parenthood that you’ll eventually catch yourself doing or saying the exact same thing to your own kid that your parents said or did to you. It’s one of those moments of anagnorisis when you realize, “I’m just like my father!”

Once your recognize the obstacles you have to surmount, mentally and emotionally anoint yourself as the transitional character in your family. Tell yourself that things will be different with you.

To give yourself motivation on those days when you feel like being a transitional character is all too much work, take five for a quick visualization exercise. First, imagine the negative effects you could pass down to your kids, and their kids, if you don’t uphold this new set of standards. For example, if you come from a family where most everyone is obese, imagine your kids married and overweight, and your obese grandchildren wheezing as they try to play, being bullied for their size, and getting a diagnosis of childhood diabetes. Now wipe that disconcerting scene from your mind and imagine instead your grown children in another way: fit and happily looking on as their own healthy kids energetically romp around the backyard.

When you get overwhelmed about the effort it takes to reverse negative familial patterns, take the time to think about the kind of life you want for your posterity. Will they be telling stories to their children and grandchildren about how just three generations ago divorce, poverty, obesity, and addiction were the family norm, but that it all changed with you?

3. Marry someone from an intact family.

According to Brad Wilcox, The Director the National Marriage Project at the University of Virginia, research shows that if you come from a broken home, your chances of divorce decline if you marry someone from an intact family. Someone whose parents are still married has likely picked up some positive habits for marriage and parenting. And by spending time with your in-laws after you get hitched, you’ll also get to see a model of how an intact family operates.

Now, I’m not suggesting that you make your potential spouse’s intact or broken family a deal breaker (you wouldn’t want her to use the same standard on you!), but it’s something to keep in mind as you date. If both you and your spouse come from families of divorce, recognize that you may have to work harder at building a strong marriage than couples where both partners, or even just one of them, come from intact families.

Remember, good families don’t just happen! Not even for folks who come from intact families. If you’re serious about creating a positive family culture, you have to be intentional about it. As social scientist Scott Stanley says in his book Fighting for Your Marriage, we either “decide or glide” in our relationships and families. Gliding gets you in trouble; deciding takes you where you want to go. Following the path of least resistance is not enough – you have to be proactive!

5. Distance yourself from toxic relationships.

If creating a strong marriage and family is your goal, but your parents or friends love to sit around and carp about how horrible and dumb those institutions are, you might want to consider distancing yourself from those relationships. Distancing doesn’t necessarily mean cutting these loved ones off completely. It just means being aware of the possible negative influence these gloom n’ doomers can have on your own familial goals and establishing boundaries with them to limit that influence in your life.

6. Surround yourself with positive examples.

Don’t just limit the time you spend around negative folks – proactively seek out the company of those who have strong and happy marriages and families. Watch what they do in their homes and emulate their best practices. Share what you’re struggling with and don’t be afraid to ask for advice when you feel like you need it.

The research indicates that marriage partners from broken families can increase their chances of staying together by getting professional marriage counseling. It’s more helpful for couples with bigger relationship problems, not so much for couples that are doing okay, but who want to do better. If you think it would help, don’t be afraid to at least give counseling a try.

8. Hold fast to your goal by regularly reading things geared towards helping you become a better husband and father.

It’s easy to have good goals – harder to keep them. We get busy and stressed and lose track of the direction we want to go and the men we want to become. We must regularly remind ourselves of these things by reading as much as we can on becoming better husbands and fathers and creating a positive family culture. We must then “hold fast” to what we have learned by frequently revisiting those books or articles. Becoming a transitional character (or a better man, period) is a never-ending process. We need to constantly remind ourselves of best practices so we can stay on track.

Now it’s your turn. I’d love to hear what men who have successfully become transitional characters in their family have done to overcome negative family histories. Share your stories and tips in the comments! 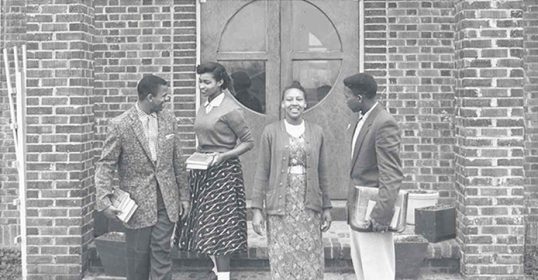 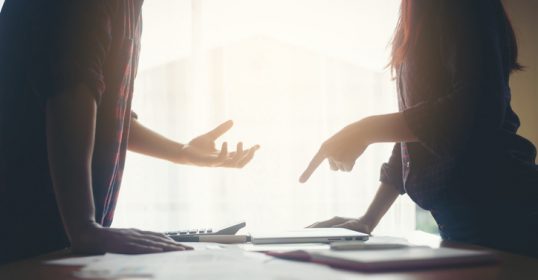 Podcast #559: How to Handle Difficult Conversations