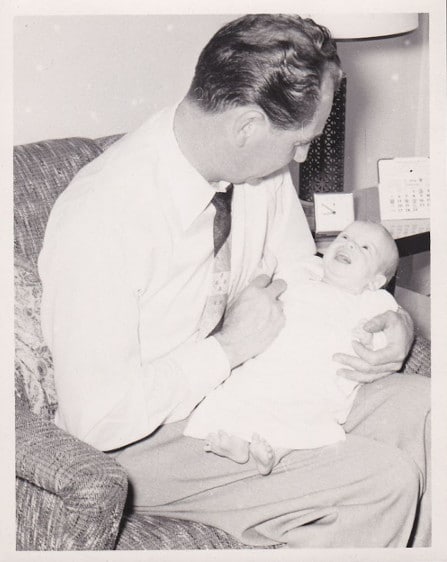 There are many reasons behind this sobering statistic. The clichéd case of a man knocking up a woman, and then leaving town never to return certainly still occurs.

But sometimes a man’s ex-wife petitions for primary custody of their kids, and sympathetic family courts unjustly grant this request about 80% of the time.

And there is an increasing number of women — who for various reasons cannot or do not want to raise their children with a boyfriend or husband — who intentionally choose to become single mothers.

It seems like more and more folks feel that dads are optional and that single moms can do just fine raising children on their own. Just over half of births among Millennials are to unwed mothers, significantly more than past generations, including Gen X. And only about half of Millennials believe a child needs a home with both a father and a mother present to grow up happily.

Yet despite the trend in popular culture towards greater acceptance of single motherhood, study after study empirically demonstrates that dads play an extremely important role in a child’s well-being and success. Below we list a few studies that show exactly how much fathers influence their children’s lives.

Children With Fathers Are Less Likely to Live in Poverty 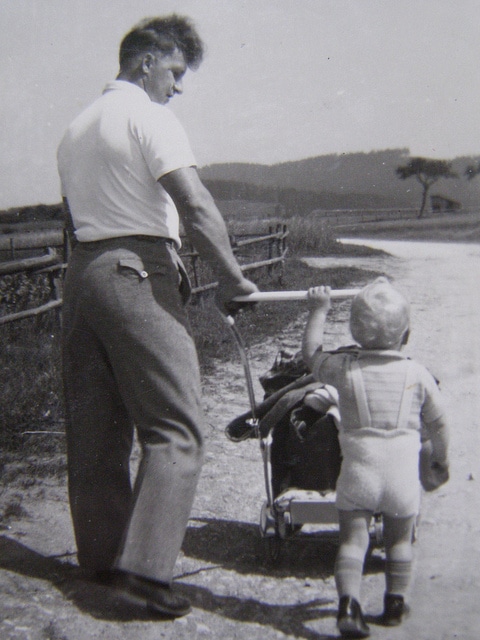 Statistics suggest that children in father-absent homes are more likely to be poor. According to the U.S. Census Bureau, 44% of children in mother-only families were living in poverty, compared to only 12% of children living in a household headed by a married couple.

The U.S. Department of Health has reported similar statistics that connect absent fathers with poverty. In a 2012 report, they found that children living in female-headed households with no spouse present had a poverty rate of 47.6%, over 4 times the rate of married-couple families.

Children With Fathers Do Better in School 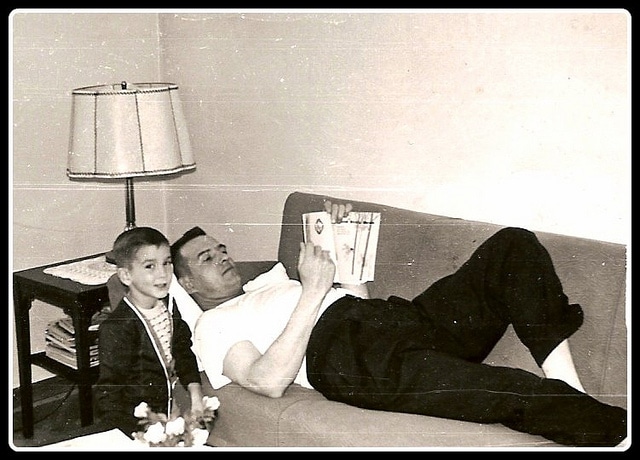 A 2001 study by the Department of Education showed that students whose fathers were highly involved at school were 43% more likely to receive A’s. This was true for fathers in biological parent families, for stepfathers, and for fathers heading single-parent families.

On the flip side, students living in father-absent homes were twice as likely to repeat a grade as students with a father in the home.

A concern that many educators have about boys is that they don’t enjoy reading. But dads can help here too. One study reports that when fathers read recreationally, their sons read more and scored higher than did boys whose fathers did little or no recreational reading.

Children Without Fathers Are More Likely to Do Jail Time

Youths in father-absent households have significantly higher odds of incarceration than those in mother/father families. This was even true after controlling for different income levels. Young people who never had a father in the household experienced the highest odds of doing jail time.

The Department of Justice surveyed 7,000 inmates in 2002 and found that 39% of them lived in a mother-only household before being locked-up. In a similar study that surveyed nearly 14,000 female inmates, more than half grew up in a single-mother household.

Children With Fathers Are Less Likely to Abuse Drugs and Alcohol 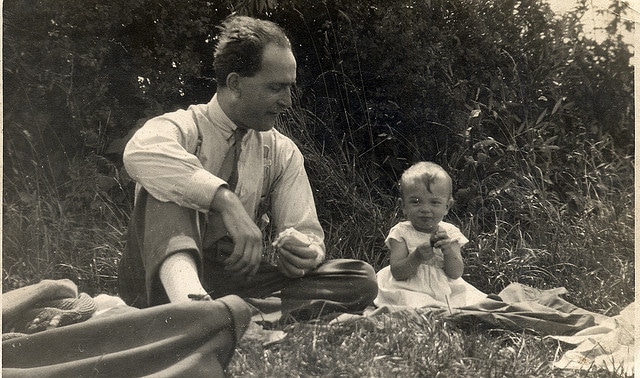 A report in the Journal of Marriage and Family showed that even after controlling for community context, there is significantly more drug use among children who live in father-absent homes.

In another survey of 228 boys, those from single-mother homes reported higher rates of drinking and smoking as well as higher scores on delinquency and aggression tests when compared to boys from father/mother households.

A recent study showed that involved dads have twice the influence as moms on reducing teen sex.

Another study that pooled teenagers from the U.S. and New Zealand found that children without fathers were twice as likely to be involved in early sexual activity and seven times more likely to get pregnant as adolescents.

Children Without Fathers Are More Likely to Be Obese 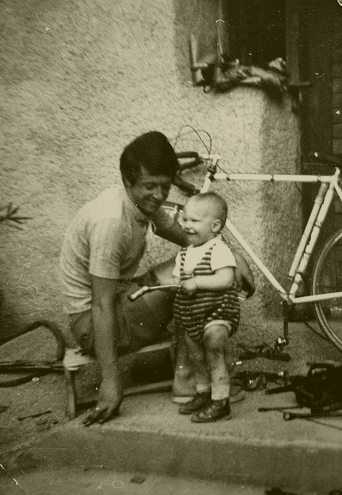 Children in father-absent homes have a higher risk of becoming obese and suffer all the health risks that come with excess weight.

But even if dad is around, it doesn’t necessarily mean his kids will be fit. In fact, several studies report that fathers have the biggest impact on the overall fitness and weight of their children.

In one, it was found that the father’s, not the mother’s, total and percentage body fat was the best predictor of whether or not the couple’s daughters gained weight as they got older.

Another study showed fathers’ (again, not the mothers’) body mass index is directly related to a child’s activity level.

Cross-cultural studies have found that the one thing fathers across the world have in common is that they roughhouse with their kids more than moms. And roughhousing, according to science, makes kids awesome. As we highlighted in a previous post, roughhousing makes kids resilient, smart, moral, and socially adept.

Children With Fathers Are More Likely to Have a Larger Vocabulary 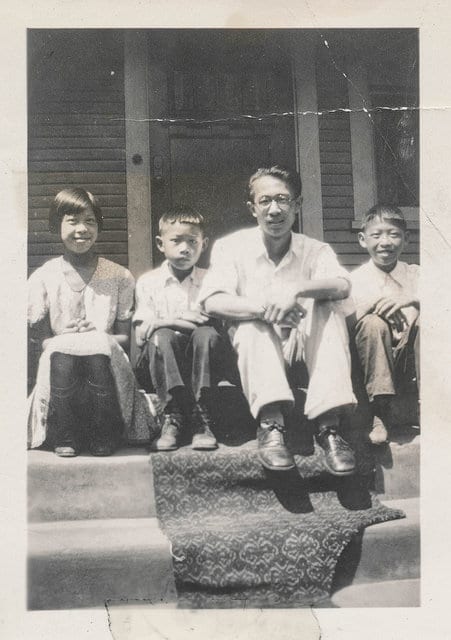 When it comes to a child’s verbal development, the popular belief is that the mother plays the most important role because, well, women are usually with their children more and women are supposed to be more verbal than men.

As Paul Raeburn highlights in his book Do Fathers Matter?, recent research suggests that dads actually play just as an important, if not more important, role in the verbal fluency of their children. Professor Lynne Vernon-Feagans and her team conducted a study to measure parental influence on early childhood verbal development. The surprising result from this study was that fathers, not mothers, had much more of an influence on a child’s verbal adeptness.

Vernon-Feagans hypothesizes the reason dads have more of an influence on a child’s verbal development is that because fathers frequently don’t spend as much time with children, they’re not as attuned to their current verbal development as mothers. Consequently, while mothers will use words that the child is familiar with, fathers will use unfamiliar words, thus helping the child broaden their vocabulary and learn new concepts. 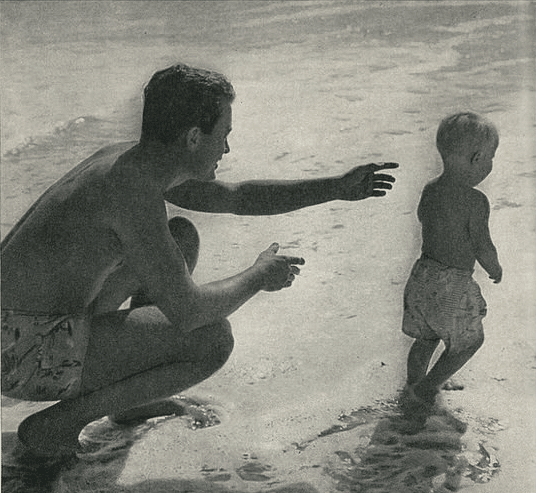 While mothers tend to focus on their child’s safety and well-being, dads are more likely to encourage risk and independent thinking in their children which will benefit them well into adulthood. As family and marriage researcher Professor Brad Wilcox has noted, researchers have found that dads are more likely than moms to encourage their kids to talk to strangers, take on challenges, and to think for themselves.

Children With Fathers Gain Many Additional Benefits to Health and Happiness 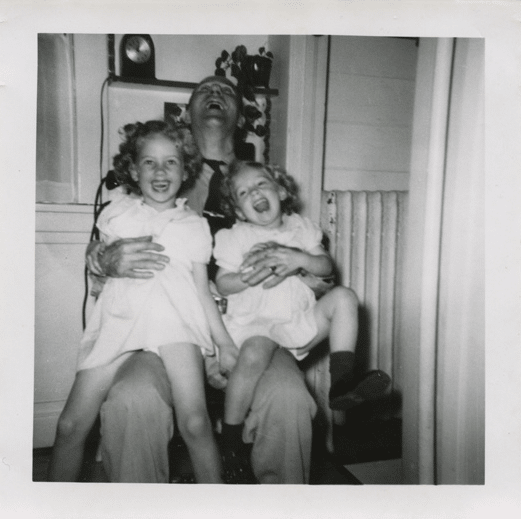 The Grant Study, the longest longitudal study ever done on the lives of men, found that a man’s father influenced his life in many ways exclusive to his relationship with his mother. Loving fathers imparted to their sons:

In the negative column, it “was not the men with poor mothering but the ones with poor fathering who were significantly more likely to have poor marriages over their lifetimes.” Men who lacked a positive relationship with their fathers were also “much more likely to call themselves pessimists and to report having trouble letting others get close.”

If there was ever any doubt, fathers matter, a lot: When all is said and done, a man’s relationship with his father very significantly predicted his overall life satisfaction at age 75 — “a variable not even suggestively associated with the maternal relationship.” 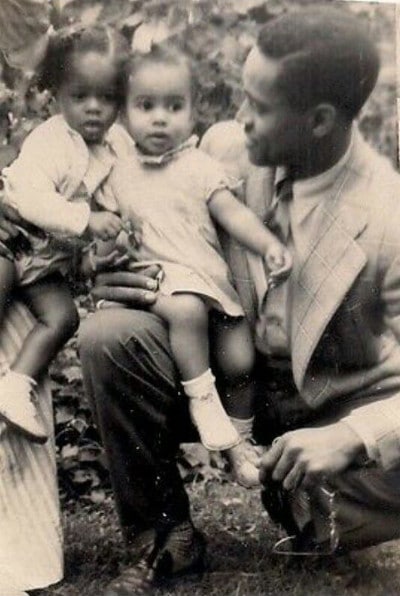 I know that sometimes parenting can be discouraging. You might think that you really don’t have much of an influence on your kids. I hope these studies and reports have shown you otherwise. Your role as a dad is immensely important. So focus on being the best dad you can be. It’s not enough to just be there. Read to your kids. Get involved at their school. Roughhouse. Encourage them to take risks. Stay fit. These small things have a huge return on investment for the well-being of your children.

If you fathered a kid, but haven’t had much of a role in his or her life for whatever reason, I challenge you to step up and embrace your role as a dad to the greatest extent you can. Yeah, it’s going to be hard, and yeah, it’s not always going to be fun, but it’s your responsibility. And being a man means doing your duty.

If you’re a single mom, not by choice, these studies may seem discouraging. But rather than being so, let them be an encouragement to make sure your children are influenced by male mentors — be they uncles, brothers, coaches, Boy Scout leaders, and the like.

And if you’re a mom going through a divorce, know that while it’s natural to want your kids as much as possible, if your husband is a good guy (through an objective lens, not through the lens of the acrimony created by your split), it’s ultimately in your children’s best interest to share custody equally.

Dads everywhere have the opportunity to leave a big impact on the world. Don’t underestimate your influence on the lives of your children.