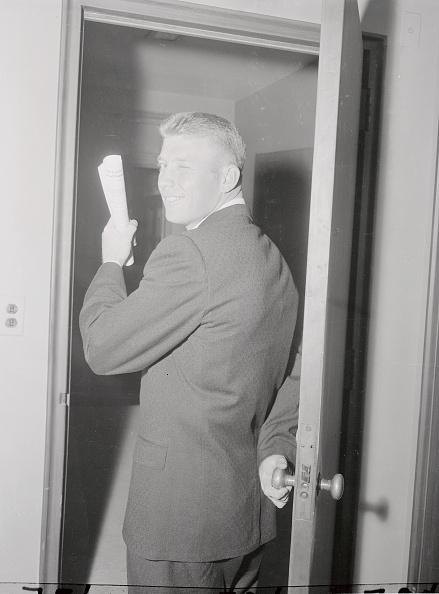 Studies show that people remember the beginning of something, and the end of it, the best. The middle of it is recalled a little more hazily.

Once a novel experience starts, your brain really starts focusing on what’s going on and quickly makes judgements about the new people you meet. And you clearly remember the last part of an experience, because it ends up being the freshest in your memory.

Given this phenomenon, people understandably spend a lot of time thinking about how to make a great first impression — which indeed has an outsized influence on how people see you, lasting for even months after you’ve gotten to know them.

As Daniel Pink, the author of When, told me in my podcast interview with him, the end of something “has a disproportionate effect on how we remember things”:

“You see it anecdotally in something like Yelp reviews. You want to kill 15 minutes, go on Yelp, look at restaurant reviews, and you’ll see a disproportionate number of them evaluate the restaurant by what happened at the end of the meal, ‘They gave me a check and it was wrong, and they were jerks about it.’ ‘They gave me a free dessert, woo hoo.’ . . . So, I think it’s really important in our personal encounters and in our professional encounters that we’re conscious of endings, and try to get endings to end on a positive, not only on a positive note but in a way that elevates. Human beings prefer endings that elevate, we prefer rising sequences to declining sequences, and being conscious and intentional about that can improve our interactions.” 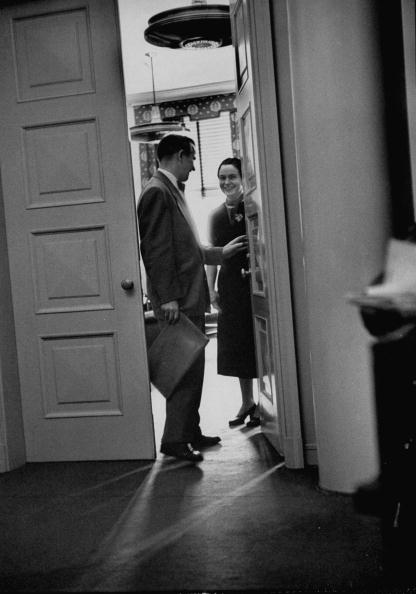 Below are a few quick tips on how to improve the last impression you make in both business and social situations:

Gather your belongings in your left hand. When a job interview has come to a close, pick up things like your notebook or briefcase with your left hand; that will keep you from fumbling to free up your right hand when the interviewer reaches out to shake it.

Make physical contact twice before leaving. Physical contact promotes bonding; even a handshake has been shown to increase rapport and make you more likable and memorable. So make contact not just once but twice as you leave. In a job interview or client meeting, shake hands with the other person as you stand up from the table or desk, and then again as you part ways at the door. Give a good, warm, confident handshake; make sure your hands are dry (discreetly wiping/patting them on your pants before you stand up), that the web between your first two fingers connects with the web of theirs, and that your fingers are flat rather than cupped so that your hands touch palm-to-palm.

In a social situation, shake hands or hug the other person as you announce your intention to leave, and then again when they say goodbye at the door.

End with eye contact and a smile. Both times you make physical contact, look the other person in the eye and smile. Face them directly, rather than being at an angle, so you’re standing heart-to-heart. You’ll leave behind the impression of someone who’s open, straightforward, and warm.

Thank the person twice. As you make physical contact, look the other person in the eye, and smile, thank them for their time and or the event/evening you’ve spent together. As you stand up from a desk in an interview or other professional setting, say something like, “Thank you so much for the opportunity. I really appreciate it.” Then when you part at the door, say, “Thank you again for the interview.”

In a social situation, accompany your first thank you with an appreciation for something specific you enjoyed about the event; “Thank you so much for having us over. That was the best pot roast I’ve ever had.” Then at the door, just say, “Thanks again for having us!”

Make sure you have all your belongings. If you make a great last impression, but then sheepishly have to come back through the door again apologizing and saying you left your phone somewhere, that memory will supplant the other to become your new last impression, and not a great one at that.

Move with intent. Don’t stand there shifting your weight back and forth and saying, “Well . . . so . . .” When you’re hesitant, awkwardness results. Be friendly but firm with your goodbye; know exactly what you’re doing next, where you’re heading, and move confidently and deliberately in that direction.

Send a follow-up text/thank you note. Sending an appreciative text or thank you note (depending on whether the event was more casual or formal, respectively) is a really nice touch, and extends and solidifies the warm memory people have formed of you in their minds. So after a date is done, text the gal to let her know again what a great time you had. After a nice dinner party, send a thank you note to the host about how much you enjoyed yourself and appreciate their hospitality. After a job interview, send a note to the interviewer thanking them for the opportunity. It’s such a simple thing to do, but will really set you apart from the pack.

Oftentimes, if we feel like an interaction isn’t going well, we just sort of turn off and shut down. But you shouldn’t give up — you can still improve the impression you’ve made! Even when things seem to be going downhill, try to finish strong; the person you’re with will remember the good end of your interaction more than the muddling middle.