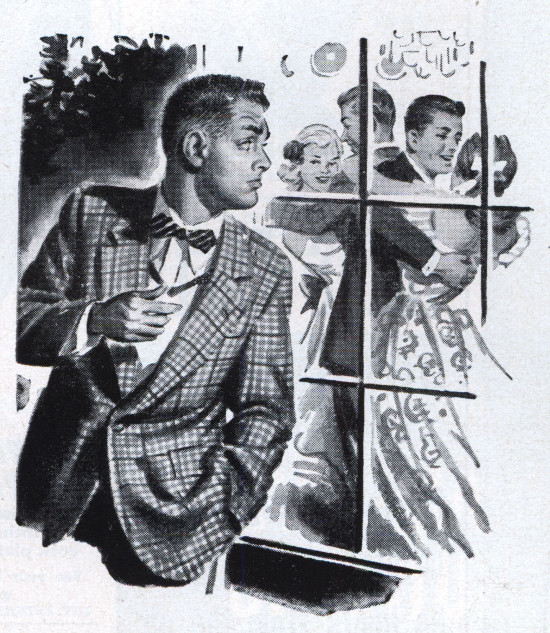 Have you ever met someone new, and almost immediately realized you had made a bad first impression?

Maybe you made an off-color joke, were obviously inebriated, or came on too strong. Or maybe you put off an impression that you were not all that interested, even if perhaps you were. If any of these things have happened to you, then you’ve probably realized that you have to decide very quickly what you should do about it.

Whether justified or not, these bad impressions have a tendency to sink in, and they can lead to fewer opportunities, limit your income and advancement chances at work, create an unfavorable reputation in your community, or ruin any chance you had of progressing your relationship with a beautiful lady you just met.

But in this post, I want to cover a different side of the coin: what you can and should do if you try to make a good first impression, but fail. Should you acknowledge the bad impression and apologize? Or should you just move on? Should you go to extra lengths to try to make up for it, perhaps even going so far as to write an apology note?

Have no fear, men. The answers to these questions lie below. If you’ve made a bad first impression, it’s not the end of the world. It’s happened to all of us, and you can recover. Here’s how:

6 Strategies for Recovering from a Bad First Impression

1. Decide Whether or Not to Take Action

If you just met someone on the street or if it’s a person you casually met at a cocktail party and you made a bad impression, then the best response might be no response. “I’m all about building a confident first impression but sometimes people get too caught up in having to make a perfect first impression,” says Dr. Dave Stachowiak, a leadership trainer with Dale Carnegie Training and host of the Coaching for Leaders podcast.

If the relationship is not one that is all that important for your business or for you personally, then you might just need to let it go. “We all make bad first impressions. It’s just human nature,” says Stachowiak. “We have a bad day. Does it really matter to try to fix it? Is it really a big deal? If not, let it go.”

On the other hand, if the person was really important to you — like a new boss, a VIP, a future in-law, or even a date you were excited about — then how you respond is of course of much greater importance.

If in fact the relationship does merit some kind of response, then the following tips will get you back on track.

The first thing you should know about first impressions is that they are formed very quickly. In fact, they are made faster than most of us realize. “Research shows that when making a new contact, we decide if we like someone — and people do the same with us — within a fraction of a second,” writes Patti Wood in Snap: Making the Most of First Impressions, Body Language, and Charisma.

Because first impressions are made so quickly, your reaction needs to be quick as well – once you decide you are going to take action, proceed to do so as soon as possible.

The first and most obvious approach for recovering from a bad first impression is to immediately apologize. Often it is not the transgression, but the lack of contrition, which causes greater lingering bitterness or hard feelings. So apologizing swiftly can avoid this problem.

But face-to-face apologies can be tricky because Americans tend to be a proud bunch, and other communities around the globe can be even more prideful. Many people view it as a sign of weakness or embarrassment to apologize face-to-face. But an apology does not need to be a sign of weakness, if you remember that your apology is simply a tool for preserving and extending your relationship, which is ultimately in service of deepening human connection.

If your pride does get in the way of apologizing immediately face-to-face, then your “apology” can also take different forms, such as:

Responding quickly is an especially appropriate approach where you’ve made a bad first impression following a significant “one shot” opportunity. If you had a business meeting or sales presentation with a particular company, and it’s not likely that you will have that opportunity again (you had “one shot” at making a good first impression), and you realize you bombed, then you might as well try apologizing for your performance. Same thing goes for when you make a bad impression on a first date.

“If it is a one shot opportunity and it’s not likely I’ll have the opportunity again, then there’s nothing to lose by making an attempt to correct that impression by sending a note or otherwise apologizing,” says Stachowiak. Send the potentially miffed clients a handwritten note that day, or if time is of the essence, shoot them a sincere email explaining why you stumbled, and asking for another chance, if appropriate. After a bad date where you came off in a way that isn’t you, text her when you get home to apologize. Most people are pretty understanding, and often will allow you a do-over, if that’s a possibility. Mess up two times, and that’s usually the end of it.

The bottom line here is to act quickly and apologize or otherwise try to make amends, as it can prevent a negative impression from settling in.

3. Admit Your Mistake, but Don’t Dwell on It

We’re all human, and we all make mistakes. Owning up to your faux pas is the first step in recovering from it.

Just don’t overdo it. A classic example of this comes from the movie Swingers. There’s a scene that will make anyone who has ever been in the dating scene for even a week or two cringe. Mikey, played by Jon Favreau, has returned home from a night of bar-hopping with friends where he hit it off with a girl he met named Nicky. Mikey has recently returned to the dating scene after a long-term girlfriend broke up with him.

Against the advice of his friends, who advised Mikey to wait two days before calling Nicky, Mikey calls her that night and leaves a message that is cut off by the answering machine. He then leaves a series of additional messages — approximately a half dozen — each of which is cut off by the beep.

I remember watching this scene in the theater and people were practically throwing things at the screen, because everyone realized Mikey was overly dwelling on his mistake.

If you want to cringe, you can watch the scene here (warning: there is a brief bit of vulgar language):

The message is that apologizing too much or dwelling too much on a bad first impression can make for a much more awkward situation than the one you’re trying to resolve in the first place.

4. Apologize Later, Even If Time Has Passed

The truth is, even if you apologize hours or days later, people often appreciate the gesture.

Even if you feel like too much time has gone by for you to make an effort to apologize, there is little harm in doing it anyways. 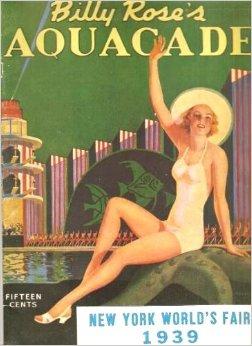 One of the best approaches for recovering from a bad first impression is to pivot by showing off a different and more favorable side of your personality. In other words, if you tried to crack a joke and it fell flat, then demonstrate sincerity. Or if you tried to be sincere and it rang hollow, then demonstrate compassion. Pivoting to focus on a different aspect of your personality may help to reshape the perception of your character and value.

Sometimes pivoting can make all the difference in the world. In 1939, a young and self-assured 20-year-old U.S. Army pilot on weekend leave was visiting the World’s Fair in Queens, New York. He spotted an attractive young woman named Peggy Gallagher, who was sitting at an information booth.

He walked straight up to her and said he needed some information. “What do you need?” she asked. He said he wanted to know if she would have dinner with him that night.

The pilot was my grandfather, and the woman behind the information booth was my grandmother, who was actually on a break from her job as a model in the Billy Rose Aquacade show. My grandmother was initially turned off by the ploy and the rather direct approach. She thought my grandfather was a full-of-himself pilot — which I suppose he was. Fortunately though, my grandmother gave him a shot, and my grandfather later got another opportunity at winning her over. That’s when he pivoted and showed off different, less cocky aspects of his personality, such as his sense of humor. By pivoting, he got over his initial bad first impression.

If he hadn’t pivoted, I might not be here to tell that story.

6. Be Consistent Over Time

Stachowiak acknowledged he personally tends to not make great first impressions, but that his strategy is to make up for it later. “It’s the consistent follow up, communication, listening, and remembering things about people 6 months or one year later that make a difference,” he says.

I want to make one final point about recovering from bad first impressions. Although we tend to put a lot of pressure on ourselves to make a good one – in fact, life coaches and cosmetics and clothing companies make billions each year off that one basic human desire – the truth is that first impressions are not last impressions.

At a certain point, you must let go of the experience. Often we are far harder on ourselves than anyone else is. Although you might beat yourself up for weeks over some throwaway comment you utter at a meeting, everyone else might have already forgotten about it before they even left the room. So learn from your mistake and move on.

As Dave Stachowiak said, throw your energies into making a better long-term impression and your effort will very likely be better spent.

And if you do end up making a bad first impression again in the future – as will inevitably happen – just pretend you’re Scottish. And excuse your off-color joke by saying you just ate some haggis that’s given you indigestion.

Be sure to listen to our podcast on making your first impression count:

John Corcoran is an attorney and former Clinton White House Writer. He writes about business networking and social skills for Art of Manliness. He has a free, 52+ page guide which you can download, called How to Increase Your Income Today by Building Relationships with Influencers, Even if you Hate Networking.