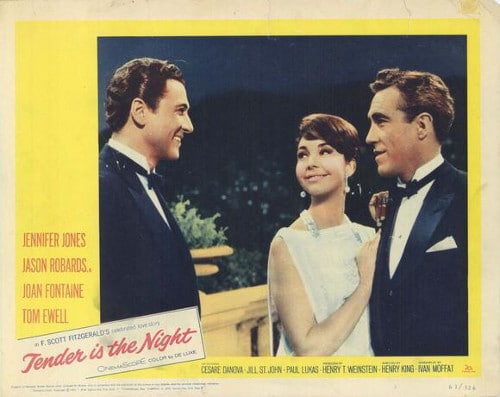 Editor’s Note: Though the character falls apart in the end, at the start of F. Scott Fitzgerald’s novel Tender Is the Night, Dick Diver (and his wife as well) is described as the very embodiment of charisma. Having finished up our series on the three components of personal magnetism yesterday, we wanted to offer some excerpts from the book as a kind of case study in charisma. While we’ve been covering the nuts and bolts of charisma, Fitzgerald’s prose is able to convey what charisma looks like in its ideal form, and more importantly, what it feels like. There are a bunch of little nuggets here I’m still pondering over. Let’s have a conversation with the text.

Brett: Presence involves focusing all your mental and emotional energy on the person you’re interacting with. The effect is to make them feel like the most important person in the world when you’re with them.

Tender Is the Night: But Dick Diver—he was all complete there. Silently she admired him. His complexion was reddish and weather-burned, so was his short hair—a light growth of it rolled down his arms and hands. His eyes were of a bright, hard blue. His nose was somewhat pointed and there was never any doubt at whom he was looking or talking—and this is a flattering attention, for who looks at us?—glances fall upon us, curious or disinterested, nothing more.

TItN: He seemed kind and charming—his voice promised that he would take care of her, and that a little later he would open up whole new worlds for her, unroll an endless succession of magnificent possibilities.

TItN: But to be included in Dick Diver’s world for a while was a remarkable experience: people believed he made special reservations about them, recognizing the proud uniqueness of their destinies, buried under the compromises of how many years. He won everyone quickly with an exquisite consideration and a politeness that moved so fast and intuitively that it could be examined only in its effect. Then, without caution, lest the first bloom of the relation wither, he opened the gate to his amusing world.

TItN: His voice, with some faint Irish melody running through it, wooed the world, yet she felt the layer of hardness in him, of self-control and of self-discipline.

Brett: That Diver’s voice was soothing, while at the same time conveying mastery, shows the way he was able to combine Warmth with Power.

TItN: It was characteristic that after greeting Rosemary and her mother he waited for them to speak first, as if to allow them the reassurance of their own voices in new surroundings.

Brett: I thought this was a neat tip for making people feel comfortable.

TItN: [upon the arrival of new guests that Dick’s friends aren’t sure about] Rosemary had a sharp feeling of disappointment—she looked quickly at Dick, as though to ask an explanation of this incongruous mingling. But there was nothing unusual in his expression. He greeted his new guests with a proud bearing and an obvious deference to their infinite and unknown possibilities.

TItN: Then came Dick, with his arms full of the slack he had taken up from others, deeply merged in his own party.

TItN: Rosemary was quite sure of it and Dick, realizing that he never had a better audience, made the group into so bright a unit that Rosemary felt an impatient disregard for all who were not at their table. They had been two days in Paris but actually they were still under the beach umbrella. When, as at the ball of the Corps des Pages the night before, the surroundings seemed formidable to Rosemary, who had yet to attend a Mayfair party in Hollywood, Dick would bring the scene within range by greeting a few people, a sort of selection—the Divers seemed to have a large acquaintance, but it was always as if the person had not seen them for a long, long time, and was utterly bowled over, “Why, where do you keep yourselves?”—and then re-create the unity of his own party by destroying the outsiders softly but permanently with an ironic coup de grâce.

Brett: This to me was one of the most interesting passages, as it describes a very cool charismatic skill I had not thought of: the ability to be friendly with acquaintances while at the same time making your group of friends or a date feel like they belong to a special, exclusive unit.

Brett: A man with Power is perceived as someone who can influence others and affect the world around him. Part of this confidence is communicated in the way you talk: Diver is described as having a “strong mouth,” that speaks “thoughtfully and deliberately.”

TItN: Alongside his hard, neat brightness everything faded into the surety that he knew everything.

TItN: [after an awkward moment between guests] The interchange filled a pause and Rosemary’s instinct was that something tactful should be said by somebody, but Dick made no attempt to break up the grouping formed by these late arrivals, not even to disarm Mrs. McKisco of her air of supercilious amusement. He did not solve this social problem because he knew it was not of importance at the moment and would solve itself. He was saving his newness for a larger effort, waiting for a more significant moment for his guests to be conscious of a good time.

Brett: This is an awesome Power move. Part of true Power is knowing when stepping in will actually make things worse than letting the problem resolve itself.

Brett: Part of conveying Power is learning the art of repose. Men with Power have poise, a certain grace and stillness about them that communicates to others a complete command of their being. My favorite part of Fitzgerald’s portrait of Diver’s charisma is a little section where Diver’s friends compare his supreme repose to the lack of poise in other men:

TItN: They were at Voisins waiting for Nicole, six of them, Rosemary, the Norths, Dick Diver and two young French musicians. They were looking over the other patrons of the restaurant to see if they had repose—Dick said no American men had any repose, except himself, and they were seeking an example to confront him with. Things looked black for them—not a man had come into the restaurant for ten minutes without raising his hand to his face. “We ought never to have given up waxed mustaches,” said Abe. “Nevertheless Dick isn’t the only man with repose—” “Oh, yes, I am.” “—but he may be the only sober man with repose.” A well-dressed American had come in with two women who swooped and fluttered unselfconsciously around a table. Suddenly, he perceived that he was being watched—whereupon his hand rose spasmodically and arranged a phantom bulge in his necktie. In another unseated party a man endlessly patted his shaven cheek with his palm, and his companion mechanically raised and lowered the stub of a cold cigar. The luckier ones fingered eyeglasses and facial hair, the unequipped stroked blank mouths, or even pulled desperately at the lobes of their ears.

A well-known general came in, and Abe, counting on the man’s first year at West Point—that year during which no cadet can resign and from which none ever recovers—made a bet with Dick of five dollars. His hands hanging naturally at his sides, the general waited to be seated. Once his arms swung suddenly backward like a jumper’s and Dick said, “Ah!” supposing he had lost control, but the general recovered and they breathed again—the agony was nearly over, the garçon was pulling out his chair . . . With a touch of fury the conqueror shot up his hand and scratched his gray immaculate head. “You see,” said Dick smugly, “I’m the only one.”

Putting the 3 Elements of Charisma Together

Brett: When you deftly combine all 3 elements of charisma, you will elicit in others, as Diver did, a truly “electric response.”

TItN: Save among a few of the tough-minded and perennially suspicious, he had the power of arousing a fascinated and uncritical love.

TItN: They had been at the table half an hour and a perceptible change had set in—person by person had given up something, a preoccupation, an anxiety, a suspicion, and now they were only their best selves and the Divers’ guests. Not to have been friendly and interested would have seemed to reflect on the Divers, so now they were all trying, and seeing this, Rosemary liked everyone.

Brett: Charismatic people make others feel so good, other people want to act like their best selves in gratitude. And as more people up their game, a virtuous cycle is ignited, turning your gathering into something almost magical.

TItN: The table seemed to have risen a little toward the sky like a mechanical dancing platform, giving the people around it a sense of being alone with each other in the dark universe, nourished by its only food, warmed by its only lights. And, as if a curious hushed laugh from Mrs. McKisco were a signal that such a detachment from the world had been attained, the two Divers began suddenly to warm and glow and expand, as if to make up to their guests, already so subtly assured of their importance, so flattered with politeness, for anything they might still miss from that country well left behind. Just for a moment they seemed to speak to every one at the table, singly and together, assuring them of their friendliness, their affection. And for a moment the faces turned up toward them were like the faces of poor children at a Christmas tree. Then abruptly the table broke up—the moment when the guests had been daringly lifted conviviality into the rarer atmosphere of sentiment, was over before it could be irreverently breathed, before they had half realized it was there.

But the diffused magic of the hot sweet South had withdrawn into them—the soft-pawed night and the ghostly wash of the Mediterranean far below—the magic left these things and melted into the two Divers and became part of them. 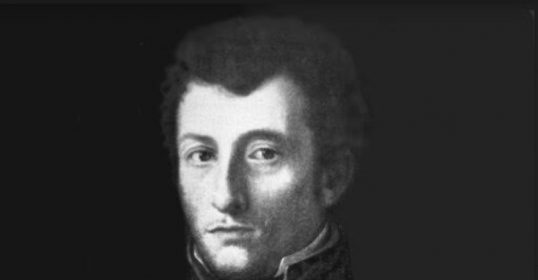