I read an interesting article in Sunday’s New York Times where the editors asked 8 artists to draw a portrait of their fathers and name one thing that their dad can/could do, but they can’t. The answers were interesting and made me think of the things that my dad can do that I can’t. Like clean a gun. And skin a deer. While it’s not universally true, among people my age, it seems our dads are a lot handier than we are. Sometimes I imagine what would happen if there was a terrorist attack or natural disaster that wiped out our electricity and disrupted society. How many of us would be standing on our lawns, scratching our heads, absolutely clueless about what to do next?

Learning hands-on skills is about more than survival, however. Men are made to be productive, to create things with our hands, to enjoy the manly satisfaction of taking things apart, seeing how they work, and putting them back together. Manual skills have stopped being passed down from father to son. And in our digital age, much of what we do for both work and pleasure is often conducted in an intangible realm with intangible results.

“Anyone in the market for a good used machine tool should talk to Noel Dempsey, a dealer in Richmond, Virginia. Noel’s bustling warehouse is full of metal lathes, milling machines, and table saws, and it turns out that most of it is from schools. EBay is awash in such equipment, also from schools. It appears shop class is becoming a thing of the past, as educators prepare students to become “knowledge workers.”

At the same time, an engineering culture has developed in recent years in which the object is to “hide the works,” rendering the artifacts we use unintelligible to direct inspection. Lift the hood on some cars now (especially German ones), and the engine appears a bit like the shimmering, featureless obelisk that so enthralled the cavemen in the opening scene of the movie 2001: A Space Odyssey. Essentially, there is another hood under the hood. This creeping concealedness takes various forms. The fasteners holding small appliances together now often require esoteric screwdrivers not commonly available, apparently to prevent the curious or the angry from interrogating the innards. By way of contrast, older readers will recall that until recent decades, Sears catalogues included blown-up parts diagrams and conceptual schematics for all appliances and many other mechanical goods. It was simply taken for granted that such information would be demanded by the consumer.

A decline in tool use would seem to betoken a shift in our mode of inhabiting the world: more passive and more dependent. And indeed, there are fewer occasions for the kind of spiritedness that is called forth when we take things in hand for ourselves, whether to fix them or to make them. What ordinary people once made, they buy; and what they once fixed for themselves, they replace entirely or hire an expert to repair, whose expert fix often involves installing a pre-made replacement part.

So perhaps the time is ripe for reconsideration of an ideal that has fallen out of favor: manual competence, and the stance it entails toward the built, material world. Neither as workers nor as consumers are we much called upon to exercise such competence, most of us anyway, and merely to recommend its cultivation is to risk the scorn of those who take themselves to be the most hard-headed: the hard-headed economist will point out the opportunity costs of making what can be bought, and the hard-headed educator will say that it is irresponsible to educate the young for the trades, which are somehow identified as the jobs of the past. But we might pause to consider just how hard-headed these presumptions are, and whether they don’t, on the contrary, issue from a peculiar sort of idealism, one that insistently steers young people toward the most ghostly kinds of work……

The Psychic Appeal of Manual Work

I began working as an electrician’s helper at age fourteen, and started a small electrical contracting business after college, in Santa Barbara. In those years I never ceased to take pleasure in the moment, at the end of a job, when I would flip the switch. “And there was light.” It was an experience of agency and competence. The effects of my work were visible for all to see, so my competence was real for others as well; it had a social currency. The well-founded pride of the tradesman is far from the gratuitous “self-esteem” that educators would impart to students, as though by magic

. . . . craftsmanship might be defined simply as the desire to do something well, for its own sake. If the primary satisfaction is intrinsic and private in this way, there is nonetheless a sort of self-disclosing that takes place. As Alexandre Kojève writes:

‘The man who works recognizes his own product in the World that has actually been transformed by his work: he recognizes himself in it, he sees in it his own human reality, in it he discovers and reveals to others the objective reality of his humanity, of the originally abstract and purely subjective idea he has of himself.’

The satisfactions of manifesting oneself concretely in the world through manual competence have been known to make a man quiet and easy. They seem to relieve him of the felt need to offer chattering interpretations of himself to vindicate his worth. He can simply point: the building stands, the car now runs, the lights are on. Boasting is what a boy does, who has no real effect in the world. But craftsmanship must reckon with the infallible judgment of reality, where one’s failures or shortcomings cannot be interpreted away.

Hobbyists will tell you that making one’s own furniture is hard to justify economically. And yet they persist. Shared memories attach to the material souvenirs of our lives, and producing them is a kind of communion, with others and with the future. Finding myself at loose ends one summer in Berkeley, I built a mahogany coffee table on which I spared no expense of effort. At that time I had no immediate prospect of becoming a father, yet I imagined a child who would form indelible impressions of this table and know that it was his father’s work. I imagined the table fading into the background of a future life, the defects in its execution as well as inevitable stains and scars becoming a surface textured enough that memory and sentiment might cling to it, in unnoticed accretions. More fundamentally, the durable objects of use produced by men “give rise to the familiarity of the world, its customs and habits of intercourse between men and things as well as between men and men,” as Hannah Arendt says. “The reality and reliability of the human world rest primarily on the fact that we are surrounded by things more permanent than the activity by which they were produced, and potentially even more permanent than the lives of their authors.”

Because craftsmanship refers to objective standards that do not issue from the self and its desires, it poses a challenge to the ethic of consumerism, as the sociologist Richard Sennett has recently argued. The craftsman is proud of what he has made, and cherishes it, while the consumer discards things that are perfectly serviceable in his restless pursuit of the new. The craftsman is then more possessive, more tied to what is present, the dead incarnation of past labor; the consumer is more free, more imaginative, and so more valorous according to those who would sell us things. Being able to think materially about material goods, hence critically, gives one some independence from the manipulations of marketing, which typically divert attention from what a thing is to a back-story intimated through associations, the point of which is to exaggerate minor differences between brands. Knowing the production narrative, or at least being able to plausibly imagine it, renders the social narrative of the advertisement less potent. The tradesman has an impoverished fantasy life compared to the ideal consumer; he is more utilitarian and less given to soaring hopes. But he is also more autonomous….”

While Crawford’s convictions led him to quit his job working for a DC think tank to become a motorcycle mechanic, quitting your white collar job may not be possible or even desirable. It’s okay to like your white collar job. You can still obtain the manly satisfaction of working with your hands by learning skills in your off time. The stereotype of men 50 years ago was the image of the guy endlessly tinkering in the garage. While that image has been fading, let’s start today to bring it back.

Have you ever watched some guy fix your toilet or change your oil, and wished as he gave you the bill that  you were a  little handier? Well today’s the first day of the rest of your handy life. Today, you are going to pick a manual skill you’ve always wanted to learn, and take the first steps towards mastering it. Here are some skills you may wish to consider learning:

You should ideally pick a skill that you can get some real hands-on practice with right away. So for ideas about what to learn, take a look around the house at what’s broken.

Obviously, you can’t learn these skills in a single day. This task simply requires that you take a least one step towards learning a new manual skill. These step may include, but are not limited to: 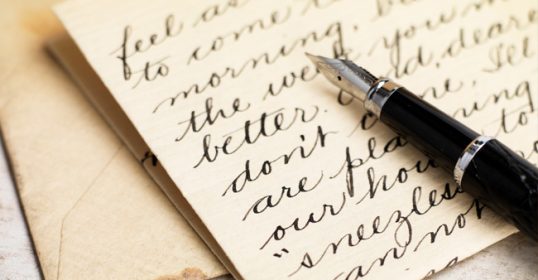 30 Days to a Better Man Wrap-Up 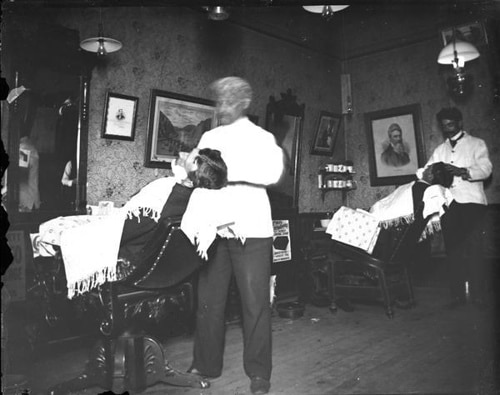 30 Days to a Better Man Day 30: Get a Straight Razor Shave 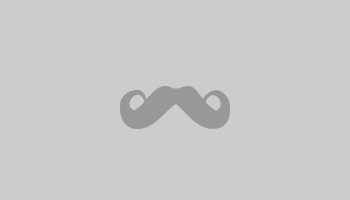