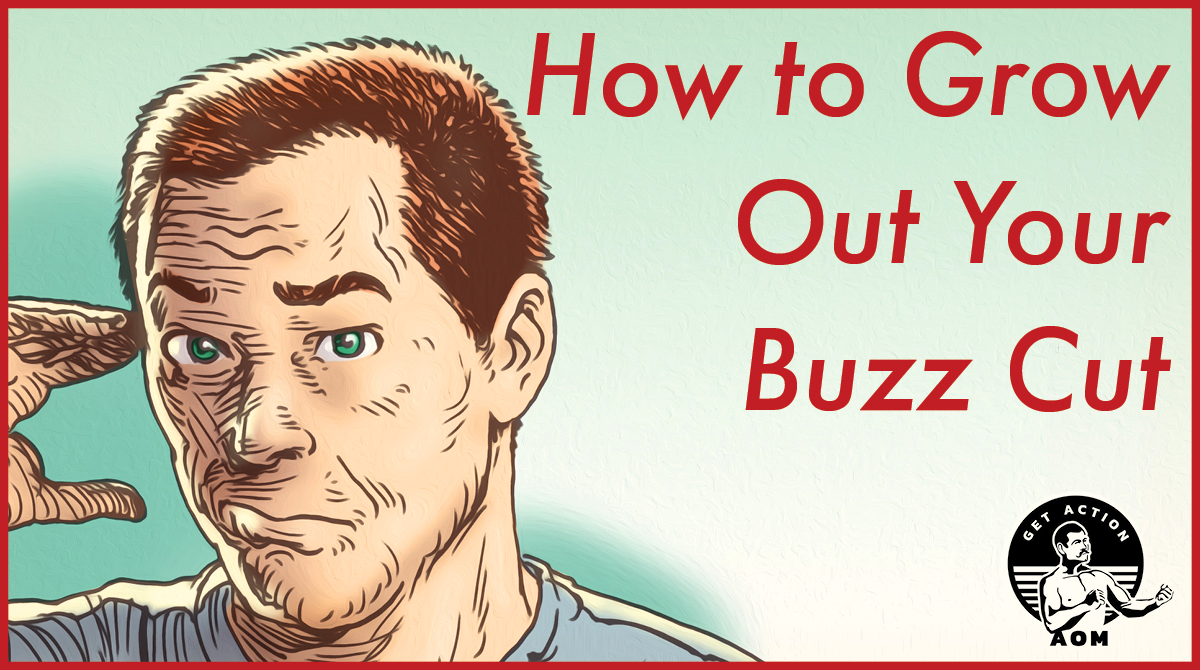 Back when the pandemic started heating up in the United States several months ago and local shelter-in-place orders were instituted which closed down barbershops, I decided I’d let my hair grow out for the indefinite future. Instead of seeing the shutdown as an inconvenience, I reframed it as an opportunity to achieve some sweet, sweet, 1980s Sam Elliott hair. I had tried to achieve this worthy goal before, gotten close, but abandoned the idea when it didn’t seem to be coming together. I wanted to give the idea another go round; maybe it would somehow work out better this time.

I was optimistic about the project, but by the middle of July, I’d reached my head-mop breaking point. Just as I had concluded on my first attempt, my hair is just too thick, wavy, and vertically-oriented in its growth to pull off the 80s flow. Instead of looking like Sam Elliott in Mask, I looked like Edna Turnblad in Hairspray. What’s more, all that hair on top of my head was making me overheat during the hot and humid Oklahoma summer.

So I had my mother-in-law buzz it off (she buzzes my father-in-law’s head each week, so she’s a seasoned pro). I officially joined the pandemic buzz cut club.

The clippings lumped together on the floor looked like the pelt of a dead varmint. My head felt a few pounds lighter and a lot cooler. I’m enjoying my buzz cut. It’s a breeze to maintain. Washing my hair takes significantly less time and there’s no need to style or even comb it.

But I plan on returning to my typical side-part hairstyle for the fall, which presents a minor issue: a buzz cut can look a little awkward — fuzzy and round — while it grows out. The last time I grew out a summer buzz cut a few years ago, I remember I looked vaguely like a Chia-Head.

To avoid looking like a potted indoor novelty plant, I reached out to Thad Forrester, barber and co-owner of Hudson / Hawk Barber & Shop for his advice on growing out a buzz cut.

If you can visit a barber . . . keep the back and sides short, and let the hair grow out on top.

“I like the strategy of keeping the sides and back short until the top starts to get longer,” Thad told me. It helps push more visual strength into the top of your head and “prevents the Chia Pet look from happening.”

Ask your barber for a taper at the temple and neck. If you don’t mind showing some skin as the hair gets closer to the hairline on the sides and neck, you can also ask for a medium fade along the sides and back. This will give your hair some dimension, making it look more like an actual haircut and less like a uniformly round tennis ball. Continue to let the hair on top grow out, until it too is in need of a trim.

If you’re wanting to eventually grow the sides and back of your hair out rather than keeping them trimmed close to the head with a taper or fade, start this process once the hair on top of your head is long enough to comb.

You’ll need to visit your barber a little more often — perhaps every two weeks — to keep your style looking sharp during this grow-out period.

If you can’t/don’t want to visit a barber . . . let your buzz grow while keeping your hairline trimmed.

If you don’t think you’ll be visiting a barbershop anytime soon, you can of course keep buzzing your head. If you don’t have a mother-in-law handy, here’s a guide on how to do it yourself.

What if you can’t visit a barbershop now, but think you will in a couple months or so, and want to start growing out your hair now? Giving yourself a taper isn’t impossible, but it’s pretty tricky. Even having someone else do it for you is iffy.

You’ll thus probably need to content yourself with letting your buzzed fuzz get puffy, but you can still keep it from looking too unruly by doing a DIY clean-up along your hairline. This means trimming your sideburns along with the two trails of hair that run down your neck. We’ve got a guide on how to take care of this job here.

How long will it take my buzz cut to grow out?

Genetics will influence how quickly your hair grows, but on average, humans grow about ½ inch of hair a month. Depending on how long your hair was pre-buzz cut, expect it to take 3 to 4 months to grow out to its original length.

There you go. How to grow out your buzz cut, and banish Mr. Chi-Chi-Chi-Chia Head to 1990s commercial breaks. 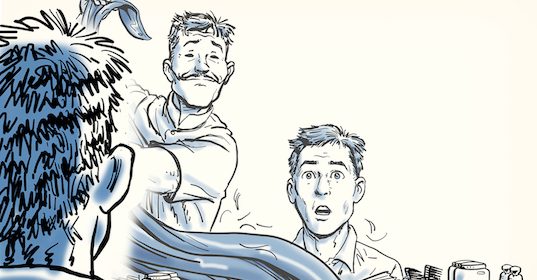 How to Deal With a Bad Haircut

Is the Necktie Obsolete?