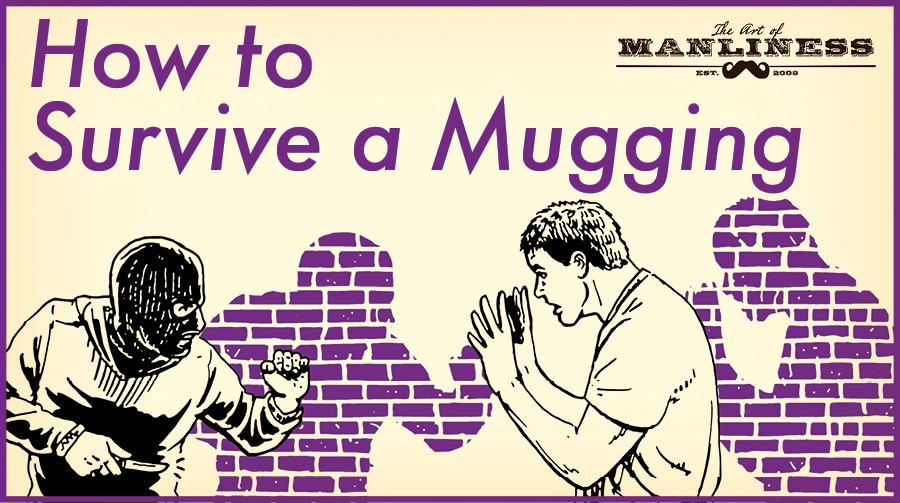 Have I told you about the time I got mugged in Tijuana?

I was a missionary serving in the western part of the city that consisted primarily of ramshackle houses. Mangy dogs filled the dusty dirt roads I walked up and down every day. (Pro tip: if you want to scare off aggressive dogs in Tijuana, pretend like you’re picking up a rock to throw at them. They usually run away. If they don’t run away and keep coming after you, throw an actual rock at them.)

Anyway, one day I was out walking the streets of TJ and this scrawny, pelon (bald) fella with a goatee started walking towards me. He was wearing a wife beater, baggy jeans, and some old work boots. As he got closer, I noticed a tear drop tattoo beneath his right eye.

He was a cholo.

Now for the most part, missionaries and cholos got along pretty well in Tijuana. They’d greet us with “Que honda, hermanos!” and slap us some skin. But this particular cholo didn’t look like he wanted to be my cuate.

He came over and offered me a cigarette.

He popped the cigarette in his mouth, lit it, and took a few drags.

We stood there in awkward silence for a few minutes.

Then suddenly he pulled out, I kid you not, a Phillips head screwdriver (a screwdriver!), and thrust it towards my belly.

Without thinking, I grabbed the wrist of the hand holding the screwdriver and then grabbed his other wrist with my other hand.

I squeezed them as hard as I could, looked him straight in the eye, and said the first thing that came into my head:

Immediately, the countenance on my attacker’s face softened. His body slumped, his arms relaxed, and he started to sob.

The cholo went on to tell me how he just needed money for the bus fare to get to his sick sister in Tecate. That’s why he had tried to rob me. He told me the whole sad story, while real tears streamed over his tattooed one. He said he hadn’t known I was an “hermano” and wouldn’t have pulled the screwdriver out on me if he had.

I told him that if I had had the money for his bus fare, and he had simply asked for it, I would have given it to him — no screwdriver to the gut required. I unfortunately didn’t have any money on me, but I gave him a small card with Jesus and Mary Magdalene on it, shook his hand, patted him on the back, told him “Animo!” and “Suerete!” and we parted ways.

It was only then that I felt the cortisol coursing through my body, and snapped out of the adrenaline-fueled tunnel vision I had been experiencing. I started to shake, breathe heavily, and feel rather light-headed.

It was a crazy experience, but makes for an interesting memory and story. (I’ve got lots of fun Tijuana stories. If we ever meet up, ask me to share some with you.)

Before that time, I had no clue what to do in a mugging. I was working on instinct and, consequently, made some tactical mistakes that could have allowed me to avoid the situation altogether.

By luck (or grace!) I got mugged by a guy who was 1) much smaller than me, 2) decided to use a Phillips head screwdriver, and 3) had a religious sensibility that prompted him to respond favorably to my Blues Brothers-esque decree that I was on a mission from God (now that I think about it, I was dressed sort of like a Blues Brother).

If it had been another guy and I tried the same thing, it might not have turned out so well.

Since that experience years ago, I’ve had the chance to rub shoulders with and talk to dozens of security and self-defense experts. And one question I’ve frequently posed to them is what someone should do in a mugging. They’ve all responded with the same tips and advice. Below I share what they’ve taught me on how to avoid being mugged in the first place, and what to do if you are.

The Best Mugging Defense of All: Avoid Being Mugged in the First Place

Stay in populated areas. While pickpockets like crowded areas, muggers prefer to attack individuals when they’re by themselves. It reduces the chances of witnesses.

So rule number one of avoiding being mugged: stay in populated areas, and don’t go out alone.

Stay in well-lit areas. Again, muggers like to do their work where they can’t be seen, so if you’re out and about at night, stay in well-lit areas. When you park your car at a store, park it underneath a light. Avoid dark alleys and the like. If you are out at night, keep a tactical flashlight on you. It allows you to identify potential threats and the bright light can momentarily disorient attackers.

Stay discreet. “Gray man” is a phrase you hear a lot in the tactical world. It means dressing and acting in a way that doesn’t bring much attention to yourself. To avoid being mugged, be the gray man. Don’t wear anything that would make you an attractive target to would-be muggers. If you’re going to be in an unsafe part of town, keep the expensive jewelry and watches at home. Dress discretely and in a way that doesn’t suggest you’ve got a lot of money.

In my case, my situational awareness was pretty good leading up to the mugging. I recognized that the cholo walking towards me was going to be trouble. The tactical error I made was I didn’t take action based on my observation. Which brings me to my next point…

Also maintain distance between you and your potential attacker. Many muggers will approach you to ask the time. If a shady-looking character approaches you with that kind of question, keep walking while you answer.

When I got mugged, I stood next to my would-be attacker for like five minutes while he smoked. I guess I thought it would have been rude to leave? I don’t know. Whatever the reason, it was dumb. I should have left as soon as I sensed trouble.

What to Do If You Get Mugged

You’ve taken all the precautionary steps, but you’re still getting mugged. What do you do then?

Give the mugger what he wants. If you can’t run, just give the mugger what he wants. Your life is worth much more than your wallet or watch. Don’t fight back. Every self-defense expert I’ve talked to recommends this, and these are some tough mofos who could take on, and take down, most anyone they wanted — and yet they still say it’s not worth escalating the altercation into violence unless absolutely necessary.

Most muggers just want money from you. If you give them what they want, they’ll leave you alone. The majority of armed robberies end without injury.

When you give the wallet to your attacker, do so in a way that maintains distance between you and him. This may mean throwing it to him.

In some instances, muggers will stand near ATMs, point a weapon at you, and demand that you withdraw money for them. Co-cooperate knowing the confrontation will be over soon.

Consider a dummy wallet. If you live and work in an area with a high number of muggings, you might consider carrying a “dummy wallet.” It’s a cheap wallet that you fill with a few dollar bills and those promotional cards that credit card companies send you. Keep it in your other back pocket and give it to him when he asks for your wallet.

Make noise. Again, muggers want to do their work with as little attention as possible drawn to them. Being extra loud while you interact can scare them off.

Fight back only as a last resort. The basic guideline is to cooperate with your attacker and give him what he wants. There are situations when you should consider fighting back though.

If your attacker is getting extremely close to you and throwing punches or jabbing a knife towards you, you need to defend yourself. Control whatever weapon your attacker is using and unleash violence on them. Use improvised weapons. Gouge eyes, stomp feet, knee nuts.

If your attacker is demanding that you get into a car, do whatever you have to do to not get in the car. Your attacker is likely taking you to a “second crime scene.” You don’t want to go to a second crime scene. These are places that are completely hidden from public view where violent criminals kill/rape/beat their victims. Crime studies show that a victim’s chances of survival go down once they get to a second crime scene. So if you’re told to get into a vehicle, fight like your life depends on it — because it probably does. (Even if you end up in the trunk, you can still escape.)

If you play your cards right, you’ll avoid getting mugged in the first place. But if you do get mugged, you’ll know how to handle it. And if all else fails, you can always tell your attacker you represent Jesus, and hope for some divine intervention.