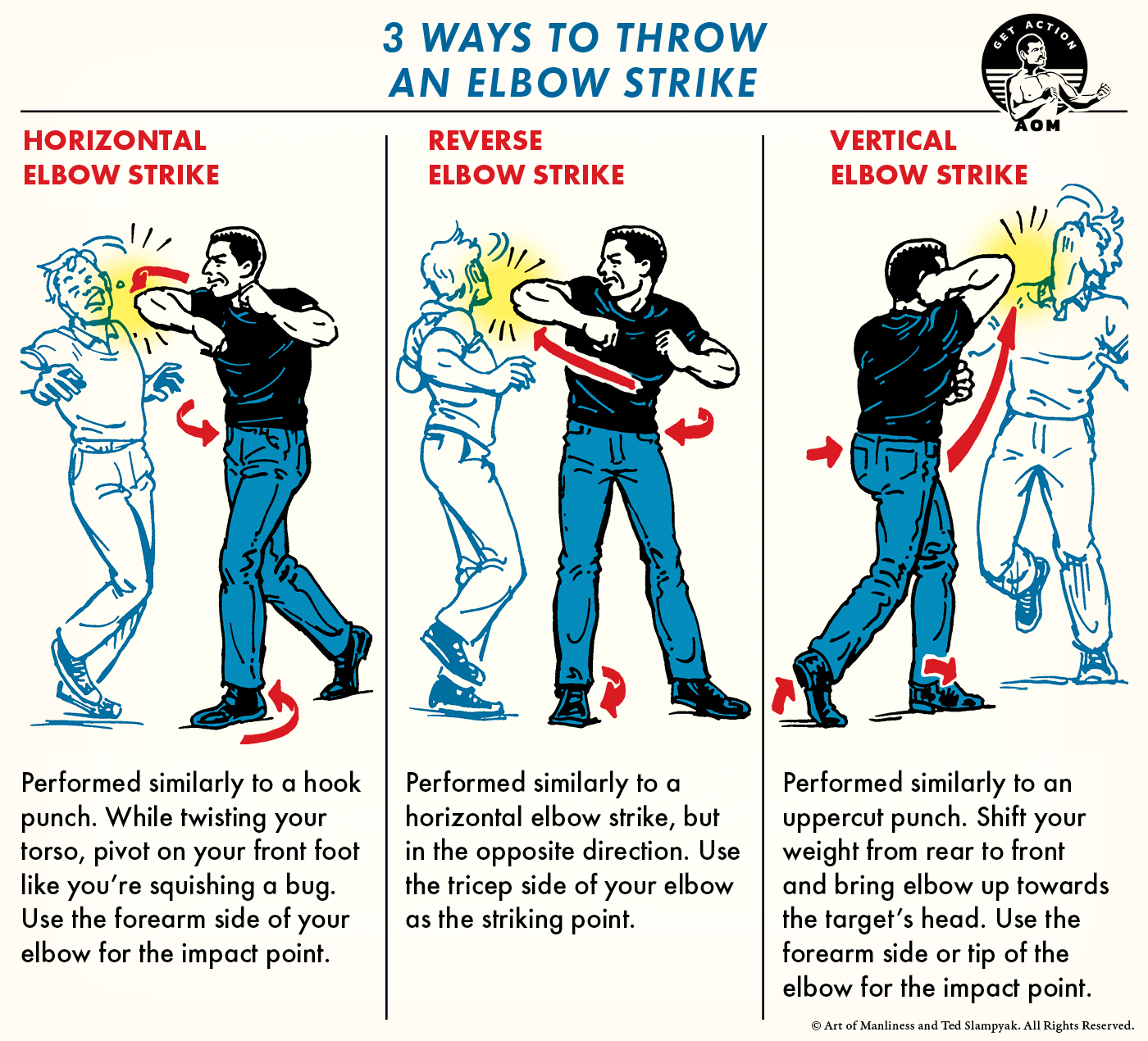 In the world of hand-to-hand combat, there are few tactics more brutally effective than throwing a powerful elbow to an assailant’s face. The elbow is one of the hardest and sharpest parts on the human body. It can deliver blunt force trauma to your target as well as cut their skin. Elbows can be thrown with devastating force even if your attacker has you close to him or if you’re on the ground. An elbow strike can also be used as a back-up to a missed punch. Thanks to the multiplicity of benefits, the elbow strike should part of every man’s self-defense arsenal.

In this illustrated guide, we highlight three ways to throw an elbow strike: horizontal, reverse horizontal, and vertical. As with the punch, the power of the elbow strike comes primarily from the rotation of the hips and torso. After you master these three basic elbow strikes, experiment with other variations, so you’ll have an elbow strike to fit any self-defense situation you may find yourself in.