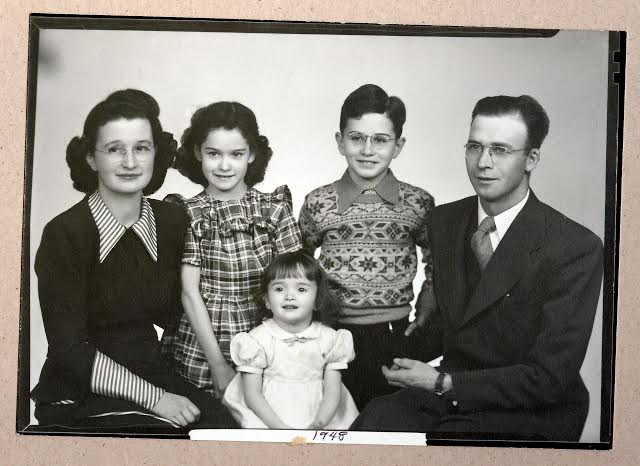 This holiday season my aunt Ruth is putting together a book of remembrances about her parents, Bob and Hazel Lynes, my maternal grandparents, and asked for stories.

I was fortunate to have admirable grandparents. Thinking back through the years proved a valuable exercise for me, and I encourage you to do the same with your grandparents—even if they weren’t so admirable. You can always learn what not to do.

Your grandparents may still be living. If so, the holiday season can provide a good opportunity to get together with them and ask questions.

Your grandparents may be deceased, like mine. Use this season to swap stories with family members, thinking back to what you enjoyed and learned.

Here are a few categories to help prime the pump.

Learn from their work 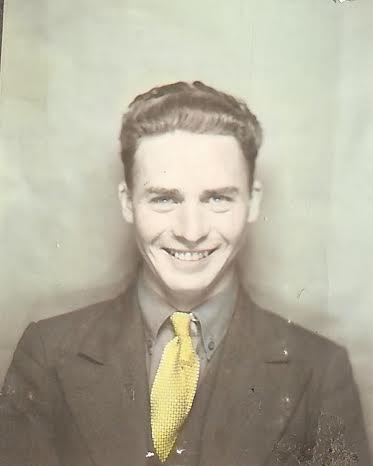 Bob Lynes as a young man

Water cost money, which he didn’t have. So he depended on no other irrigation than the little that fell from the persistently hot and cloudless Montana sky.

Some years, particularly when he first started farming by renting land from other folks, crops were bad, and food for his young family was tight.

Then he risked everything, put a down payment on his own acreage, worked hard, and held his breath. In 1948, his first year on his own land, the soil yielded a bumper crop.

He paid off the mortgage and settled their bills, and one day after all the necessities had been paid for, Bob Lynes drove home in a brand new 1949 Ford sedan.

That happened before I knew him, but I can only imagine how he felt—a father of a young family—after so many years of hard work and disappointment and struggle and eating rabbits he’d shot himself because there was no other food for his kids…

And then one year was finally his year.

What did your grandparents do for a living? How did they navigate the ups and downs of changing economic times?

Learn from their idiosyncrasies

Montana farmers are known to be a breed unto themselves. Grandpa would rather plow a field than play baseball. And he was curious about everything.

If you were driving somewhere with him and he was behind the wheel, he’d be looking off to the side at a field wondering aloud how many bushels they got to the acre.

One time, when I was 5, he and Grandma were visiting us when we lived in Tsawwassen, British Columbia. It’s a different climate in BC’s lower mainland, all rain and dampness and green growth.

Grandpa spotted a piece of moss growing on a piece of driftwood by the sea and wondered what it tasted like. He popped it in his mouth, just for the experience, and chewed.

We kidded him about that for years. Hey Grandpa, remember that time you ate moss?

What unconventional things did your grandparents do? How was that part of the fun of being around them?

Learn from their gifts to you 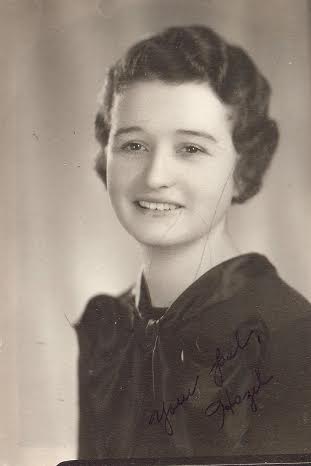 Hazel Lynes as a young woman

My grandmother Hazel Lynes (1915-2003) could cook and can and butcher chickens and sew and quilt and knit and crochet and raise children and grow a garden and ride a horse and manage a laundry mat. Yes, she managed their retirement business but never really liked it. She was a farm girl at heart.

She was a petite woman, maybe 5 foot 2 if she stretched, but Greatest-Generation strong.

One day in her early 70s, she was out working in her garden and noticed a rattlesnake nearby. It wasn’t coiled yet to strike her, but she couldn’t let it go to threaten the neighbor’s kids. Calmly, she chopped it in two with her hoe. Then she went inside and took her heart medication.

Right before I headed off to college Grandma made me a quilt. In my youthful self-importance I didn’t appreciate the gift then as much as I should have, but I do now, nearly three decades later.

We still have that quilt, my wife and I. Its edges are frayed, and swatches of cloth have worn thin, but we use it for picnics. We sit our own kids down on that quilt on the front lawn in the summertime and eat burgers and fries, ice cream and shakes.

Did your grandparents give you material possessions? Or did they give you examples of strong character? How did their gifts impact you, and what was your reaction to the gifts?

Learn from their activities with you

A wildness exists in the hearts of Montana folks, a rebellion of necessity perhaps, and when kids grow up on a farm they need to be able to do useful things earlier than most.

Years before my older brother and I had our licenses, Grandpa let us drive his truck.

He’d take us out to the old ranch, where miles upon miles of gravel roads laced together, and he set us free. To a 12-year-old boy, there was nothing better than going 55 with one of your arms out the window, the other arm cool on the wheel.

What activities did your grandparents do with you that you appreciated most?

Learn from their strengths

Grandma was all love with the family. But she had her snake-chopping side too. Once when Grandpa Bob pulled out in traffic without looking, she called him a “blockhead.” Immediately remorseful at the idea of slighting her husband, whom she loved dearly, she apologized to him—and to all of us in the backseat—for the next five miles.

When Grandpa was older, in his 70s, he sang solos at their tiny little church in Fort Shaw. The Old Rugged Cross was one of his favorites. In his younger days he was a moral man, but a Christian only in name. In his later years he got serious with God.

Grandma got sick and went into the hospital and nearly died, but she rallied. His wife’s brush with death shook Grandpa’s world, and he turned to his faith in new and deeper ways. His faith always seemed one of action, not of word. After he retired he volunteered down at the skid row mission, helping roughhewn men get back on their feet.

How did your grandparents’ example of living match their belief systems, and how did you see their integrity demonstrated in real life?

Learn from their aging 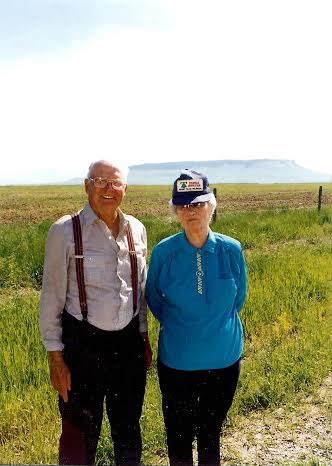 Over time, they both grew old. Really old.

Grandma went blind in one eye, yet she seemed to accept the brutality of aging more naturally than Grandpa did. Grandpa always hated being old.

They moved from their house to an assisted living place. Then to a different one where they got more care. Then they moved across country to Roseburg, Oregon, to be near my aunt Wendy so she could look in on them. They hated leaving Montana, but the move was a practical need.

Grandpa had a series of mini-strokes and it was hard for him to talk after that. Most days, all he enjoyed doing was sitting in his chair watching old re-runs of M*A*S*H.

One day toward the end, while sitting at the table in their care home surrounded by elderly people in similar conditions, he and my mother were looking out the window at a field outside. She asked him, “Do you ever wish you could just jump on a tractor and go plow that field?”

Grandpa got a really bright look in his eyes, one that hadn’t been seen in months. He turned to look at her and slowly said one word:

How have your grandparents handled the aging process? Did they fight it or accept it? What did they enjoy doing most when they were young that they can’t do anymore?

Learn from their legacies

Grandpa passed away first. To honor his earlier request, family members took his body back to Montana to bury him in the earth he loved so much. The land he worked with his hands for so many years.

Family members took her body back to Montana and buried her next to Grandpa, in a small windswept cemetery, on a hill in Big Sky Country.

YOUR TURN:  tell me about your grandparents. What are some of your best memories of them? What did they do well? What have you learned from them?