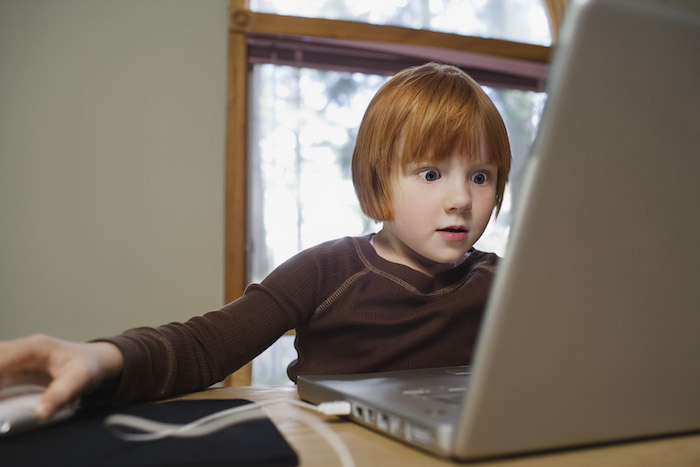 Like most modern kids, our children get some screen time each day to watch YouTube videos or play Minecraft or Zelda.

While we’ve laid down some ground rules for screen time that allow us to check in on what our kids are consuming — e.g., you can only watch screens in communal places in the home — it’s impossible to keep an eye on them all the time.

What I found in all my testing is that the cost of most internet filters is about the same. Look to spend $10-$20 a month for filtering multiple devices.

The most significant difference between filters is in their ease of use. Some of them are just a massive pain in the butt to install and manage, and even when you get them installed, they don’t work correctly.

For example, I gave NetNanny a try, but man, it took me the better part of a day to install the software on my kids’ iPads. And then, after I got it installed, my kids couldn’t connect to the internet because the VPN service NetNanny uses for the filtering was wonky. So I uninstalled it.

I then tried out a service called MobiCip. I had high hopes for it. The price is one of the cheapest on the internet filtering market — $5 a month for 10 devices — and installation was much easier than with NetNanny. It was only after installation that the problems started popping up. Web browsing slowed to a crawl thanks to my kids’ internet browsing going through a VPN. Filtering was a tad too aggressive as well. A few times a week, my son would come to me with his iPad, complaining he couldn’t check ESPN for football scores because MobiCip blocked ESPN for whatever reason that day. And sometimes, browsing on any page wouldn’t work at all.

So I removed MobiCip from our kids’ devices, which, to add insult to injury, was a massive pain in the butt to do.

I tried several more services until I finally stumbled upon two that 1) filter the internet, so my kids don’t see inappropriate stuff, and 2) are super easy to use and don’t disrupt their internet browsing.

The Two Internet Filters That Have Worked for Our Family

Installation and set-up took less than 10 minutes; far superior to the hours-long ordeals involved with other filtering software. It’s $10 a month.

Another nice feature of RouterLimits is that you can set times that your kids can access the internet via their devices, so it allows you to easily manage their screen time.

To solve that issue, you could use the service offered by the parent company of RouterLimits — Bark. It’s a filtering service that you install on your child’s device and it monitors and filters even if your child is connected via cell service.

Bark is a really robust filtering service. It has a lot of options to allow you to monitor your child’s communication on their device so that you can get alerted if he or she is talking about being depressed or is being bullied. They’ll even monitor messages in social media apps like Snapchat and WhatsApp.

But Bark is a pain in the butt to install and set up. It took me an hour and a half just to set it up on one of my kid’s devices. And it’s a bit of an overkill for younger kids. If all you’re trying to do is prevent your kids from seeing boobies while surfing the web, you can just use RouterLimits. Bark might come in handy when your kid is older and has their own smartphone. Right now, my kids just check football scores and watch Minecraft videos.

If you can’t find an authorized RouterLimits service provider, you can purchase Bark Home (they’ve got a confusing business organization) which is a device that you connect to your router that gives you all the same filtering features as RouterLimits being installed on the router itself. There’s no ongoing subscription fee to use Bark Home; it’s just a one-time payment of $79 for the device. But, I’ve heard that the device slows down your internet.

Canopy App. Another filtering service that I’ve used and had a good experience with is Canopy.

Like RouterLimits, Canopy offers the ability to block entire websites by category. In addition to category-based blocking, Canopy also has a feature that uses artificial intelligence to filter and eliminate explicit content on a webpage your kid is browsing. There are websites out there that may not technically fall into the “harmful” category, and thus won’t be filtered by category-based blockers, but do have some pages with inappropriate content. If you kid lands on one of those pages, he’ll just see a white square where the offending material would have been.

Canopy also has features that allow you to monitor and prevent your kids from sending or receiving sexts, if that’s something you’re concerned about.

You have to install the software on the device you want to filter, but installation is easier than services like NetNanny or MobiCip. Took about 10 minutes for each of my kids’ iPads.

I’ve been happy with the service, and it costs just $10 a month for 5 devices.

If you’re choosing between RouterLimits and Canopy, it’s a coin toss. I don’t think you can go wrong with either one. RouterLimits is easier to install than Canopy (you don’t have to install it on each individual device), but Canopy provides protection on devices even when your kids are off your home network, and also blocks inappropriate images on webpages that don’t get filtered out by category-based blockers.

Don’t Just Rely on Filters to Protect Your Kids Online

It should go without saying that you shouldn’t rely solely on technology to protect your kids online. One big downside that all of these filtering services have is that they can’t block content within an app like TikTok or Instagram (Bark monitors content on apps but can’t block it); they can only block content in a web browser. And according to a Wall Street Journal investigation, apps like TikTok, Instagram, and Snapchat are where minors are getting the most exposure to sexually explicit and harmful content.

Maybe one day filters will be able to block inappropriate content within apps, but for now they can’t, so they’re not a foolproof way to protect your kids from harmful content.

It’s better to think of online filters as a supplement to your children’s online safety rather than a frontline defense.

The best thing you can do is play an active role in their online lives. Make sure your kids only do screens where you can keep an eye on them and check in on what they’re watching. You don’t have to do it in an accusatory way. Be genuinely curious about their internet browsing habits. Be interested in what they’re interested in.

Make sure to have regular (age-appropriate) conversations about online safety with your kids too. Talk to them about not sharing information online. If they’re old enough, talk to them about pornography and encourage them to let you know if they ever encounter any in their internet surfing. When your kids get smartphones (here are some recommendations on the right age to take that step), have conversations with them about the apps they use and explain to them that what they share online is never really private, even if it seems like it is. The goal with these discussions is to help your kids develop into savvy internet users; individuals who use the internet as a tool and aren’t a tool of the internet.