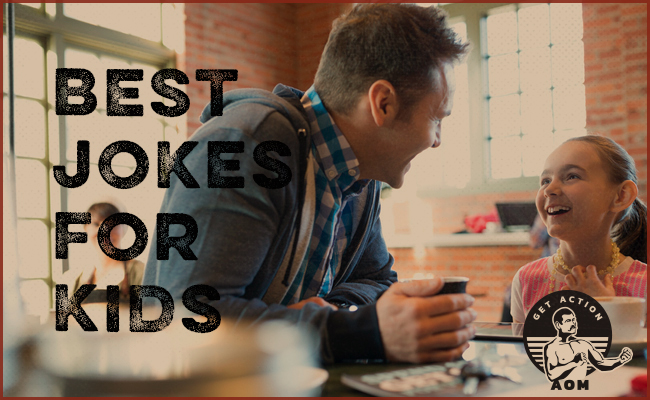 Every dad and cool uncle needs a repertoire of yuk-yuk jokes to tell kids. They’re great to bust out to while away the time, require some clever thinking and word play on the kids’ part, and develop their sense of humor — one of the most important qualities in life!

Below are 54 of the best jokes for kids out there. They’re of the question and answer variety, where the humor relies on puns for the punchline. Which ones will be appropriate for which age children will depend on their knowledge of vocabulary, certain concepts, and the meanings — and double meanings — of words.

While you might think they’re eye-rollingly cheesy, to a kid, these jokes are comedic gold!

After you’ve read the best knock-knock jokes for kids, as well as the best riddles for kids.