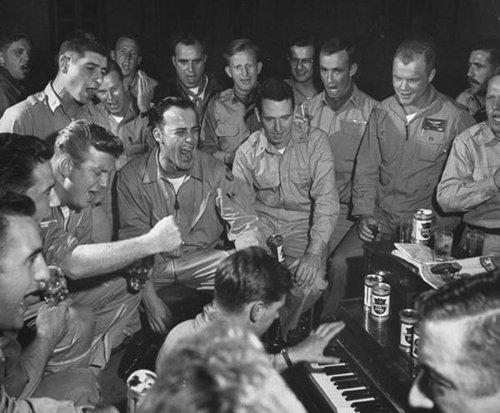 You’re with a group of friends at a bar. Everyone is having a good time; trading stories, catching up, laughing, enjoying each other’s company. They’ve all drifted in one by one, but now the gang is all here and it’s time to buy a round for the group.

Or, you’re alone. You’re sitting at a restaurant bar, having a drink, chatting with the bartender or winking at the lady at the other end. You see a table with a group of guys you do business with. They’re all ordering drinks and appetizers, scanning the menu for their entrees. Time to buy a round?

Honor, Hospitality, and the Etiquette of Buying a Round

This may seem odd – one of those seemingly pointless parts of manners. After all, if the guest was obligated to buy a round too, was the host really showing hospitality?

The gesture of buying a round was not meant to be a gift but rather a symbolic gesture; by taking the initiative, a man demonstrated that he was the host. But in then trading rounds back and forth, the men got to take turns acting in the roles of host and guest, which showed their equality. Thus the tradition of buying rounds was actually designed to build camaraderie among men – to show they were brothers in the same honor group.

Buying a Round When with a Group of Friends

Of course, these days, who is the “host” and who is the “guest” isn’t always very clearly defined, and sometimes you do want to buy everyone’s drinks with no strings attached. When I used to tend bar, we had clientele that would fight over checks and whose turn it was to pay. They’d all claim it was their turn. A few even got mad when you’d choose the other person to pay over them. Of course, the idea was to have fun with them about it and get the stakes (read: tips) raised higher until someone relented.

Eventually, it got to become a problem, so we started the “first card” rule: the first credit card I see for the tab is the one that gets used, no arguments. If when it came time to pay nothing had been decided yet, whoever was quicker on the draw got to pay. It cut down on the arguing and hurt feelings, but much to my chagrin, the tip game was cut down with it!

To short-circuit this duel over who’s going to pay, especially for a night when you want to pick up the tab for all your friends’ rounds, what I recommend is that if you’re meeting some friends at the bar, come in a few minutes early, give the bartender your card, and say, “Everything’s on me tonight.” When customers would do that, their friends knew that that’s the way it was going to be – no need for arguments.

Save an “everything’s on me” night for occasions that you’re celebrating something special with your buddies. Otherwise, it can come off as one-upmanship, or a way to flaunt your wealth, which runs counter to the camaraderie building that’s supposed to be at the heart of buying drinks.

But there’s never a bad time to take the initiative in buying your friends a round — a real man sets the pace. Don’t do it with the expectation that your friends will join in – although they hopefully will. Part of the hospitality inherent in the classic initiative-taking host role was that he took on the risk that his guests would not follow the standards of etiquette and reciprocate the gesture. If no one else picks up on this round-buying concept, at least you treated your bum friends to one and you know never to do it again!

If the round buying has already started when you get there, ask if anyone needs a drink and drop yourself into the rotation. Take your turn like a man. Buy anyone in your group whatever they want, within reason (no fair to be drinking rail whiskey all night until you’re not paying, then switching to Pappy Van Winkle 23-year!). If someone wants to skip getting a drink this round, let them. It’s not your job to make them drink, but only to offer. If they want their drink in the well, fine. When you’re buying a round, you should expect to pay for everyone to have a drink. No more, no less.

Celebrating, or, Buying a Round for the Whole Bar 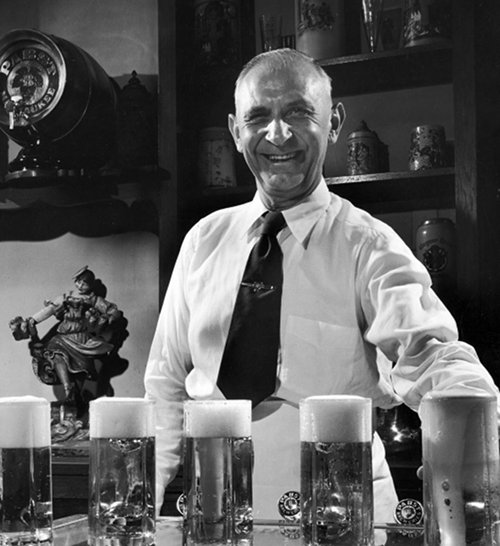 There are going to be times in your life when you want to celebrate a big event with a group of friends and acquaintances that you know from your usual haunts. A big promotion? She said yes? You’re having a boy? Buying a round for the whole bar should be a once in a lifetime thing, but everyone should do it.

The best way is to tell the bartender you’re doing it, why you’re doing it, and whether or not you want the people on the receiving end to know who bought it. I would suggest bringing an extra liver if you tell everyone you’re buying, because most will get you one back, especially if you’re celebrating something life-changing. You should probably only do this in your neighborhood bar, not some busy club or restaurant. Somewhere that you know most of the people or have at least seen them there. Buying a drink for 30 people is expensive, but buying for 200 is foolish.

When Buying for Business

You see a group of people that you do business with at a table that you want to buy a drink. The reasons don’t matter — there are many. What’s the best way to do it?

If you’re at the bar, ask the bartender to find out who their server is and have them come talk to you. Tell the server you want to buy the table their next round, or, if that is their last round, to have it put on your check. This is obviously a situation where you want them to know who’s buying. If they invite you to their table, you’re obligated to sit for at least one drink, maybe two if they’re buying next. Hopefully it will help you get what you’re wanting done.

If you’re at another table with co-workers and you start firing off rounds of drinks to that same table, it may start a shooting match. They’re buying, you’re buying, so on and so forth. Try to limit it as much as you can, but if your clients are in the mood, you might just have to take one for the team. Sometimes that’s just how it goes.

Wherever a man goes in life, and whatever situation he finds himself in, he can always act the role of host: building camaraderie, making others comfortable, and ensuring everyone has a good time. Buying a round, when done in the spirit of hospitality and friendship, can help you make any gathering a warm and memorable one.