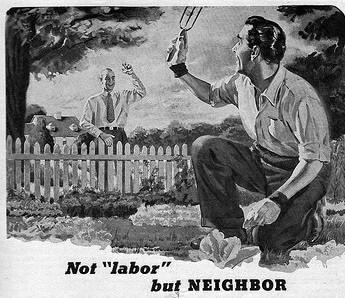 Editor’s Note: This is a guest post by John Corcoran.

A new family moved in next door to me a few weeks ago, but to my 3-year-old son, you would have thought it was the circus that arrived, elephants and all, with how excited he was. The reality was much more mundane. Moving in were two parents, a dog, and more importantly, two boys right around my son’s age. My son, Mason, was ecstatic.

Now, every chance he gets, Mason bolts out our front door and runs to the neighbors’ house to play with his new friends.

I’ve spent so much time with my son hanging out at my new neighbors’ house, I think they’re going to start charging me rent. I feel like the neighbor in a 60s sitcom who always seems to be hanging out and has nowhere to go.

When I am finally able to break Mason away for dinner or naptime, it is usually only possible by hoisting him in the air and clutching him with all my strength as he kicks and screams. If you witnessed the scene as you happened to be driving by, you could be forgiven for thinking you were watching a kidnapping unfold.

The amazing thing is that the new boys’ presence has transformed the neighborhood. Our new neighbors are constantly out in front of their house, riding bikes or scooters, or just playing, and their activity has drawn out other kids from down the block. We’ve spent numerous afternoons out in the street, with kids riding bikes and moms and dads chatting with one another. It’s the kind of carefree kid-friendly atmosphere which you frequently see depicted in the movies, yet too often proves elusive in real life.

On our block, you don’t need to look far to witness what happens when neighbor relationships take a very different turn; at the other end of our street, it’s a whole other story. Two long-time homeowners have had a simmering feud, the origins of which no one can recall. They’ve fought over everything — their property line, the fence between their properties, who can park where…you name it.

These two homes always have their blinds shut, their windows and doors closed, and the occupants rarely come out. That end of the block is like the suburban equivalent of Korea’s DMZ. There’s no life, no activity, no joy.

A few months ago, Marcus shared some great thoughts on the importance of being neighborly. If his post inspired you to be a better neighbor, but you’re not sure how to start, below I offer nine old fashioned and practical tips for getting to know more of your neighbors. These are small steps anyone can take to make some friends and become a greater part of his own neighborhood.

1. Organize a Block Party or Potluck 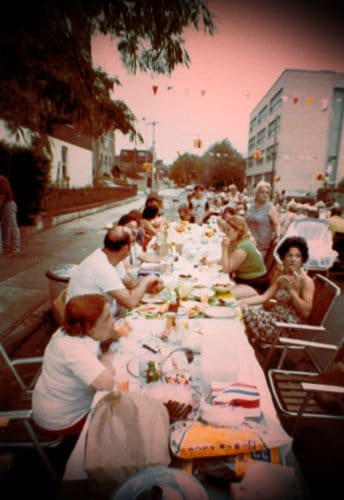 Some neighborhoods have an annual tradition of throwing a block party once a year. These events are a great way to introduce yourself to neighbors you’ve never met and to reconnect with neighbors you rarely see.

If your neighborhood doesn’t have a tradition of an annual block party, then you can be the catalyst. It doesn’t need to be all that hard. I suggest working with two or three of your neighbors to ensure all of the work doesn’t fall on your shoulders and to divvy up responsibilities for bringing food and getting the word out.

A few weeks after our new neighbors moved in, we did exactly that – we had a block party. I got to meet a number of other dads I hadn’t met before, and it was a wonderful bonding experience. 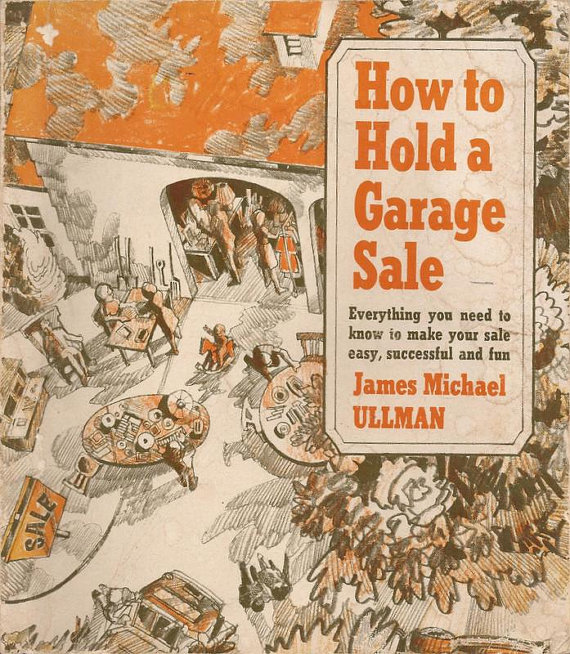 You’re probably wondering: how does selling off my crap help me to meet my neighbors?

Garage sales are, by their very nature, local. They tend to attract people from the immediate vicinity. For that reason, garage sales are a great excuse for talking to your neighbors not just from your own block, but also from the surrounding area.

A number of years ago, I had a garage sale right before I was about to move out of a neighborhood. The experience made me wish I had done the garage sale the week we moved in. Dozens of neighbors from the surrounding area stopped by. I met people who had lived down the block from me for years but who I had never met before.

If you organize a group of friends or neighbors to go on regular runs, bike rides, or engage in some other form of exercise, you’ll make friends in your area and your friends will help to keep you accountable for your health goals.

4. Bring an Unexpected Gift to a Neighbor 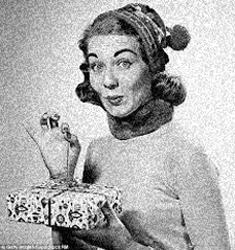 There’s nothing quite like an unexpected gift. My wife loves baking cookies, so we’ll make some extra and drop them off at a neighbor’s house. It is a very simple gesture, but one which goes a long way.

We’ve gotten some incredible reactions out of neighbors over the years from these gifts. One time, a neighbor who had just been through a rough breakup almost started crying because she was so touched by the gesture. I wanted to say, “Hey, it’s just cookies,” but, wary of an elbow to my ribs courtesy of my wife, I restrained myself.

5. Invite a Neighbor for Drinks 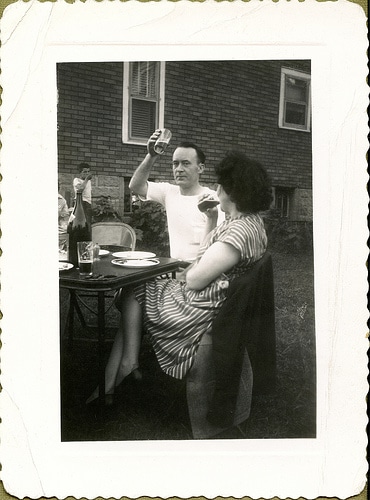 Breaking open a bottle of wine on a Friday after work is a nice way to keep relations friendly between neighbors. To keep the idea manageable, make it clear in your invitation that you’re inviting a neighbor over for just a drink and appetizers; that way, you don’t feel obligated to turn it into a full-fledged dinner party.

It’s easy to push back a more formal dinner engagement, because of the commitment and expectations involved. But you can have neighbors over for a casual drink with short notice and less preparation, and you will be less likely to continue pushing the idea off to some future date. 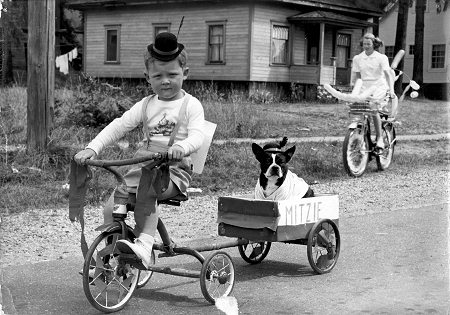 If you have children, a great way of getting to know your neighbors is by organizing a play date with kids in your neighborhood. You can either invite other families over to your home, or simply make a date to meet at the park.

My wife and I have struck up some great relationships with other parents in our neighborhood through setting up play dates with kids my son’s age. Better yet, once you start introducing these parents to other parents in the neighborhood, your network expands and the entire community benefits.

Brett and Kate recently wrote an epic post about the many virtues of walking, which is after all “the world’s most democratic activity – it is open to almost everyone.”

As they mentioned in that post, there is no better way of getting to know a place than by walking it. Yet for so many of us who live in automobile-centric communities, we aren’t very likely to actually walk up and down the streets surrounding our own neighborhood.

By getting out of the car and walking around our own neighborhood streets, we may meet new friends, discover nearby hiking paths, parks, or stores, or even stumble across new neighbors moving in. 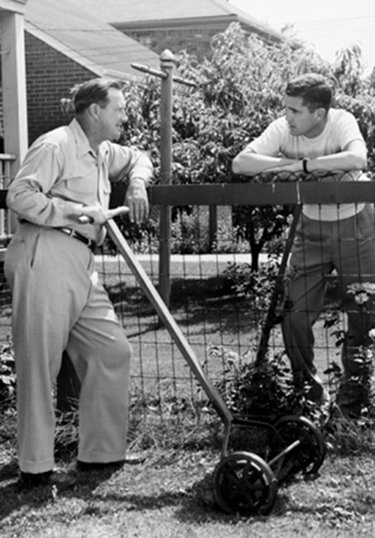 One very easy way to meet your neighbors is to simply knock on their door for the purpose of asking them a question. You could ask for a restaurant recommendation, or about local parks, or for directions. If you’ve just moved in, you could ask what day trash pickup is or how to dispose of lawn waste. The question is really just an opportunity to knock on someone’s door and open up a conversation.

A few weeks ago, a neighbor actually knocked on our door and asked for an egg. That’s right, one egg. She was baking cookies, was one egg short, and didn’t want to drive down to the store. I loved that she felt comfortable enough to ask us. We ended up chatting for about 10 or 15 minutes. The point is to make an effort to reach out and get to know your neighbors, even if the question is just a ruse to open up a conversation.

9. Provide a Small Service to your Neighbors

There are countless little obligations that come with daily domestic life. Things like cleaning out gutters or mowing the lawn, fixing a broken appliance or getting a toy down off the roof.

As a man, these things tend to fall on our shoulders. But that doesn’t mean we’re expert enough to handle all of them.

AoM contributor Darren Bush uses his garage/blacksmithing shop to sharpen neighbors’ lawnmower blades, which isn’t much trouble for him and generates interaction with his neighbors. It’s a really useful service for him to provide in his neighborhood.

You could be known as the neighbor who has a bandsaw for cutting wood, or who can help replace the garbage disposal when a misplaced spoon causes its premature demise. Whatever it is, try to become known as the go-to person in your neighborhood for a particular service, and you may find it a vehicle for meeting more neighbors than you would otherwise.

Reach Out to a Neighbor Today 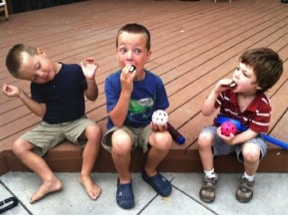 My son Mason (on the right) and his new neighbor friends.

As my son grows older, he won’t always be blissfully ignorant to the presence of neighborly discord on his own block. I can’t save our particular neighbors at the other end of the block from their bitter feud, but I am hopeful that if more neighbors were to engage in just a few of the ideas I mentioned above, then it would mean that type of discord could be a thing of the past. And that would be a good thing.

What tips do you have for getting to know more of your neighbors? I’d love to hear them in the comments below.

If you are interested in more tips about how to build stronger relationships with people in your own neighborhood, I have a new, free ebook for AoM readers called How to Create Your Personal Networking Plan which I think you’ll love.

John Corcoran is an attorney, former Clinton White House Writer, and creator of SmartBusinessRevolution.com, where he writes about networking strategies such as how to network for business. 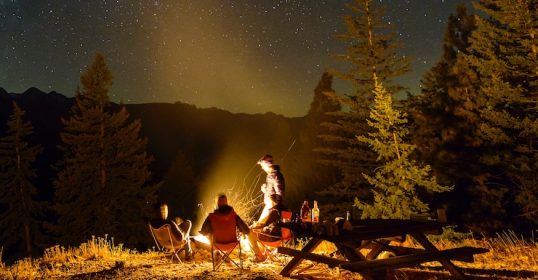