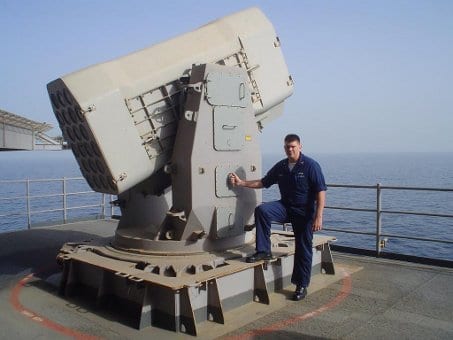 Well, we’ve covered men in the Air Force and Army. Today we talk with a Sailor in the US Navy, Dan Smith. Dan is a Combat Systems Coordinator and Departmental Leading Petty Officer, and we thank him for sharing his thoughts about his job with AoM readers. You can learn more about Dan on his blog.

I’m from a small town in Southeast Kansas called Girard. I’m 31 years old, the husband of an amazing wife, and the father of two awesome kids. I joined the US Navy in 1996, passing my 13 year mark in May of this year. To answer a potential question from your readers, I do expect to stay in for the long-haul and retire at the 20-year mark.

2. What drew you to a career in the military and what made you choose the Navy over the other branches?

I joined the Navy because I truly wanted to make a difference. I wanted to serve my country. Well, that’s part of the answer at least. Digging a little deeper, the fact is that I wanted to be a hero. Coming from a small town in Kansas, there weren’t a lot of opportunities to be big and important. I thought the Navy would give me that.

I also joined because I couldn’t afford college and didn’t really have  any marketable skills. That’s one of the reasons I’m grateful for the Navy. I have skill-sets now, a college degree, and I feel fulfilled!

As to joining the Navy instead of the other services, I think the answer is in my blood. As a boy, I would actually read my dad’s old Navy records and look at pictures he had taken during Vietnam. I saw aircraft carriers and his destroyer and it was rather romantic really. The sea has always had a draw on me. The simple fact is that I never even considered the other services. I mean, I was drawing pictures of Gearing class destroyers (what my dad sailed on) while other kids were drawing dinosaurs and tigers. It was just who I was.

3. What kind of preparation should a man seek before joining the Navy?

You’ll need to be in shape. I’m not talking about going to the Marines or anything, but one does have to pass a body fat measurement upon joining. You’ll also have to be able to run 1.5 miles as well as be able to do a certain number of push-ups and sit-ups upon graduation from boot camp, so the earlier you can start the better! The other thing to focus on is just to learn as much about the heritage as you can. We sailors are a nostalgic bunch. We all have our sea stories, and you don’t really belong until you know what that means. Start working on that now and you’ll break into the culture a lot faster.

4. You currently serve as a Combat Systems Coordinator. What does that job entail?

This is my primary watch station while underway. For a five hour shift, I report directly to the Tactical Action Officer or the Commanding Officer on all things Combat Systems. This means that I am overall in charge of everything from the various radar systems to the guns to the missiles as well as being in charge of making all of those things work should we need to use them. On top of that, I’m also responsible for making recommendations for the employment of our air defense system. In other words, I make suggestions on how best to use what weapons system to counter a given threat.

5. You also serve as the Departmental Leading Petty Officer. What does that job entail?

As the Departmental Leading Petty Officer for the Combat Systems Department, I am privileged to support and advise 51 Sailors. The job doesn’t mean that I’m actually in charge of them. Instead, there are three divisional Leading Petty Officers who are direct supervisors. I am a support mechanism. I am also the assistant to the Leading Chief Petty Officer, who is in direct line of supervision for all of those Sailors.

The work that goes along with that title includes: Mentoring Sailors and ensuring that Sailors I don’t directly mentor have access to other mentors. I’m also the administrative assistant for the department, tracking personnel and equipment casualties. Since I’m the senior point of contact for all things Combat Systems, I’m also in charge of the Combat Systems Officer of the Watch review boards and the weekly Tag-Out Audit. Finally, I’m also in charge of anything my boss gives me, but I’m sure that’s how it is in any job!

6. In the Navy, do you get to choose the jobs you want, or are you assigned to a certain position? Do you change jobs over the course of your career?

When a civilian first comes to the Navy, he or she will be given some options for jobs depending on how well he or she scored on the entrance test (called the ASVAB). I got a choice between meteorology, radar (fire-control) and something else that I don’t remember. I chose fire control radar. Once a civilian chooses that job, it becomes his/her “rating” after he or she graduates from the technical school.

Once a Sailor has been in awhile, usually at his/her four or six year mark, you get to choose a new job location, but it usually has to do with your rating. For those of us who don’t do that, we get what are termed special duty assignments, such as recruiting, etc. That is called going “out of rate.” There are advantages and disadvantages to that. Anyway, it is true that there is some choice for the Sailor in the process, but it’s carefully maintained so the needs of the Navy are met.

7. What are the advantages and disadvantages to life on a ship?

Travel. I’ve yet to meet a Soldier, Airman, or Marine who has traveled to as many places as I have. It’s far from being on a pleasure cruise, but the fact is I’ve been to around ten countries, eight of them because of my shipboard duty. And for those Soldiers, Airmen, and Marines who have gone to more places than I personally have, there are scores of Sailors who have been to more places. I would be willing to bet that the average Sailor has been to more places than the average person in the other services.

Time away from my family. Even on my “off-deployment” years I’m still underway for workups, training, anti-drug ops, etc, somewhere around five months of the year. Add to that the number of duty days, where I’m on board for a 24 hour rotation, and you see how I can end up spending a lot of time away from my wife and kids.

One of my favorite parts of the job is the travel. I joined the Navy with dreams of seeing exotic places around the world, and I have! I’ve seen Singapore, Hong Kong, Tokyo, Australia, and many, many more places.

But maybe the best part of my job is leading junior Sailors. I’ve been mentored by some great Sailors over time, and I’ve bought into the mentoring program because I know for a fact that it works. I have experiences that younger Sailors can use, and I share with them what I can. And when it sticks…when a young Sailor “gets it”…that’s the win. 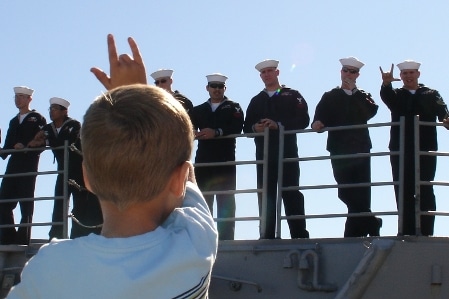 Pulling out of port for a deployment. It’s ironic really. I love traveling, love the adventure of a deployment. Yet how can any man who loves his family say that the adventure is better than his loved ones? So by far, the worst part about my job is the leaving part.

On some days I have it easy. I go into work very early, so I often find myself able to pick my son up from school or even get off a little early to spend time with my wife and daughter before picking him up. Furthermore, I’m able to volunteer at my church and my son’s school with relative frequency. I’m grateful for that.

On the other hand, no one can replace six month chunks at a time from my son and daughter’s lives. During deployments, I make an extra effort to call at least once a week underway, technology and operations permitting, and I make them voice recordings that I send over email. I also send things home periodically, and email pictures after port visits. It’s difficult, sure, but we make it work.

11. What is the biggest misconception people have about your job?

I really appreciate this question! I think one of the misconceptions about my job is that officers do everything important. Top Gun and other movies show officers barking orders, pushing buttons, and saving the day. What those movies don’t show is that an enlisted man or woman is often the Sailor actually doing those things.

When we are in CIC, and I’m on watch, I usually report to a junior officer who has significantly less time in the service than I do. Since I (and many Sailors like me) have degrees, this distinction is no longer true either. Although officers go through specialized training that helps them understand how to make decisions, in many cases, my experience lets me come up with the answer before they do. That is why it’s the job of the Combat Systems Coordinator (the CSC) to make recommendations for weapons employment to the Tactical Action Officer. When the decision is made to fire, the shooting is actually, usually, done by a 20 year old 2nd Class Petty Officer, not a commissioned officer.

I know that Sailors have the reputation of being rabble-rousers and obnoxious (many times that’s deserved), but the reality is that we are as professional, across the board, as any other military professional, especially as you look at the Sailors who have been in awhile.

My biggest advice, especially for anyone currently in the Navy, is to find a good mentor. Find someone you look up to and who has what you want and go get it. And if you are a Sailor who has experiences, find someone to give those to…it is one of the most rewarding things you can do! 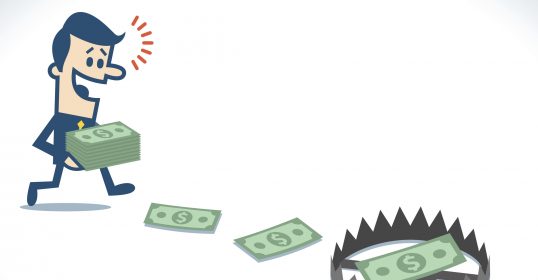 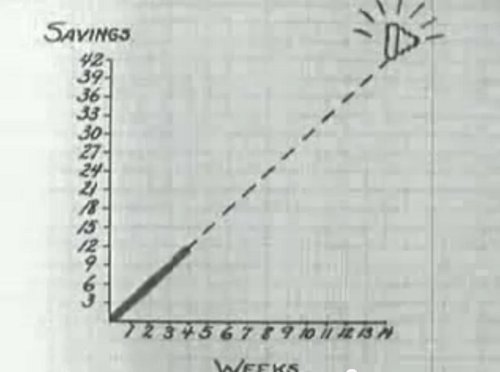 How to Create a Budget