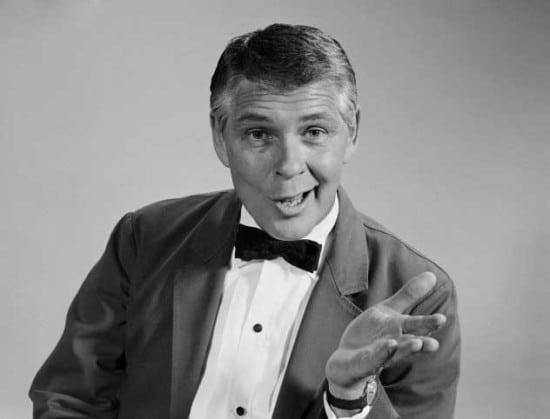 A friend of mine told me about a compliment she received the other day from a co-worker. “Bridget,” he said to her, “you look like you’ve lost a lot of weight! You’ve still got a ways to go, but keep it up!”

The colleague clearly intended for the comment to come off as praise, but it instead had the very opposite effect. Rather than hearing “Congrats on the weight loss!” all my friend heard was, “You’re still fat.”

Bridget had been the recipient of what’s called a “backhanded compliment.” It’s a bit of praise laced with an insult — a rose with a thorn. In order to give you a better grasp of the form backhanded compliments take, I solicited examples from AoM readers on Twitter. The list they generated was both hilarious and cringe-worthy:

Those who offer backhanded compliments usually don’t realize they’ve done so; they have good intentions and think they’re giving nice, honest praise. But because of our brain’s propensity to focus on the negative, the compliment given at the outset invariably gets overridden by the backhanded slap at the rear. A backhanded compliment feels little like praise, and mostly like insult.

Giving compliments is a great way to build other people’s confidence, as well as your rapport with them. But if you do it wrong, you’d be better off not opening your mouth at all. So below you’ll find an explanation for why we’re tempted to offer backhanded compliments, as well as an easy rule for checking whether or not you’re about to let one fly.

Why Do People Offer Backhanded Compliments?

What’s the psychology behind backhanded compliments? I am the recipient of plenty myself, so I’ve pondered this question from time to time, and I think the answer has to do with our endless quest for wanting to feel cool, our insecurity about our own status, and the chance to insult someone in an indirect way.

The Desire to Be Cool

We receive letters from AoM readers all around the world, and it’s been really interesting to observe differences in the tenor of expression from men in different countries.

One thing I’ve noticed has to do with how readers from varying cultures offer compliments. Letters from Americans often start like this:

“I have been reading your site for a long time now, and just wanted to tell you that I really enjoy most of it. I don’t agree with all the articles, but I like a lot of them.”

Letters from other parts of the world, especially Latin America where guys tend to be more unabashedly effusive, are often the very nicest letters we receive. They open with something like this:

“I have been reading your site for a long time now, and I just wanted to tell you how amazing I think it is. It’s truly changed my life and I cannot thank you enough for all your work.”

The first type of letter really makes me laugh and shake my head. Not because I expect everyone to like all of our articles, but because I can’t believe anyone would expect that I would! I of course already assume that not everything we publish is everyone’s cup of tea, and I would never assume that someone saying they liked AoM meant they liked every jot and tittle about it. I think the fact that people feel the need to spell out such a caveat is rooted in the desire to be cool, and nobody’s more obsessed with coolness than Americans. We don’t like to express unabashed allegiance to anything — to imply that we’re all-in. That means we’ve drunk the Kool-Aid and aren’t our own man. Standing a little aloof flatters our conception of ourselves as critical free-thinkers.

Yet complimenting one thing about someone doesn’t mean you appreciate everything about them, and they likely won’t take your praise as wholesale affirmation either. Plus, sometimes it’s okay just to admit to an unfettered admiration for someone. I’m crazy about Theodore Roosevelt; that doesn’t mean I like everything about him, but overall, dang, I really love that man.

Fear of Loss of Status

Many of us have a deeply rooted, subconscious fear of people being better than us. In elevating another, even for a moment, we feel it somehow diminishes ourselves. So we want to tuck a little barb into our praise; if one part of our compliment raises someone up a little, the other part will bring them right back down to where they were.

But, you ask, is that always a bad thing? Isn’t offering some criticism healthy and needed in our award-happy society? It surely is, but a compliment is not a critique! More accurately, while a critique can and should start and end with a compliment, praise that’s meant to be praise should be devoid of criticism.

When you’re giving a compliment, your only goal is to inform someone else of a commendable attribute they possess. It should be 100% positive.

True criticism, on the other hand, looks a little different. When you give someone feedback about something they could improve, they’ll be more receptive to it if you also offer some compliments about what you did like about their work. But the critique itself needs to be specific.

Thus, “I really enjoy your podcast. You still have a ways to go to get better, but keep it up” fails as both compliment and criticism. The praise gets submerged by the jab, and there’s no specific feedback as to what needs to be improved. It ends up just feeling like an insult.

Backhanded compliments are often given by people who want to praise someone’s work, but don’t want to feel diminished in their own expertise or superiority on the subject. Yet, contrary to what we may believe, complimenting someone doesn’t change your own status whatsoever. You’re just giving expression to an already latent reality.

And if you’re worried someone’s going to get a big head from your compliment, and not realize they still have areas that need to be improved, then offer a real critique — praising what you do like, and giving detailed feedback about what you don’t.

Also, worry less; if they’re doing at least something worthwhile you enjoy, they’re probably already their own worst critic and are plenty aware of where they fall short (I’m always working on improving my podcast, dude!).

Finally, sometimes backhanded complimenters don’t have any good intentions at all; they’re simply too scared to offer a real insult, and so do it passively instead. Saying “I’m really impressed you’ve held a job for 6 months” is likely just an attempt to reaffirm that you think someone is a real flake.

Don’t cloak your contempt in compliments; if you have something to say, say it. Or don’t say anything at all.

How to Avoid Giving a Backhanded Compliment: The Dinner Table Rule

As easy guideline for checking whether or not your compliment is backhanded is using what I’ve come to call the “dinner table rule.” It’s simple: you take your compliment and simply transform it into something you would say about someone’s cooking if you were a guest at a dinner party. If it’s something that would be appropriate to say at the table, you’re good. If not, keep your mouth closed. Here are examples:

Everyone could use more sincere encouragement in their lives, so be free with your compliments and make sure they’re worded to build people up rather than making them feel like crap.