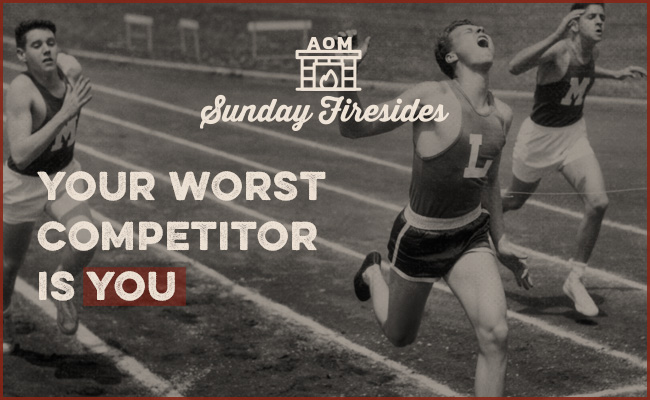 “You should only compete with yourself.”

“Just try to be your own very best.”

In a time when competing with others has come to be frowned upon as unsavory and shallow — pissing contests for the insecure — such maxims have arisen as pointers towards a seemingly higher ideal.

But like many modern pieces of wisdom, while this philosophy sounds wonderful in the abstract, it works rather poorly in practice.

Researchers asked cyclists to pedal stationary bikes as fast as they could and recorded their personal records after several rounds of attempts. Despite the fact that the cyclists were sure, sure, that they could go no faster, once they were put in a simulated race against a supposed competitor — which was really just an avatar set to their own best time — nearly all of them were able to beat their previous PRs.

Similar experiments have been repeated in the realms of academics, music, and art, with exactly the same result: individuals perform at a higher level when competing against external opponents than when working alone.

That’s because it’s difficult to measure the self against the self.

The priorities of the self are misaligned with your goals: the self wants to conserve resources, take the path of least resistance, flatter the ego.

Whether or not you are better today than you were yesterday is a highly subjective yardstick; whether you are in front or behind someone else is not.

Mind you, not everything is a competition, and you shouldn’t get sucked into games you don’t actually want to play.

But, among those in which you do want to be the very best, you must struggle in an arena beyond your own head. 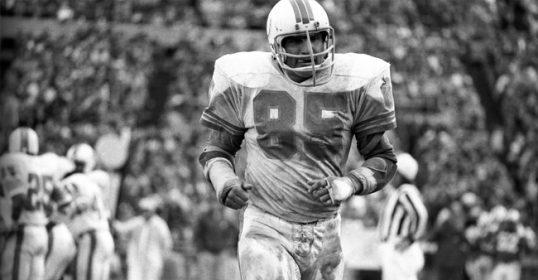