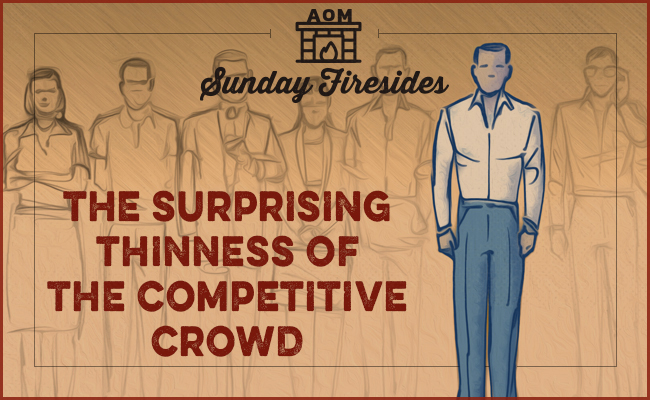 The prospect of finding success in this world can feel rather daunting and demoralizing. Every job opening seems to garner hordes of other applicants. Every good idea seems to have already been taken. Every market and niche seems saturated.

But the apparent glut of competition standing between you and the chance to rise is largely an illusion.

Sure, your application may land in a pile hundreds of others deep. But subtract the number who proofread their resume for spelling and grammar . . .  who can show up on time . . . who know how to dress well and look someone in the eye . . . and that pile gets exponentially smaller.

Entrepreneurs are definitely a dime a dozen. But an entrepreneur who’s willing to stick with their idea for five years before seeing significant results? One in a million.

An artist or writer who works consistently each day, rather than in manic fits and starts? A contractor who will call you back promptly (or simply call you back)? A freelance designer who consistently hits his deadlines? Pink unicorns, all.

While it often feels there’s a dearth of opportunity out there, the real scarcity in this world isn’t in openings, but in common sense, social skills, manners, reliability, and persistence.

Nail these basics, access to which is inexhaustibly abundant, and you’re no longer competing with the masses, you’re competing with the very small segment of humanity that understands and is willing to execute on the rare, but stupidly simple fundamentals.

In a world where the mere acts of writing real thank you notes; asking someone questions rather than talking exclusively about oneself; and, apparently, reading someone’s book before interviewing them about it; have the ability to fairly shock and delight, the crowd you imagined would clog the paths of your pursuits turns out to be far thinner than you thought. 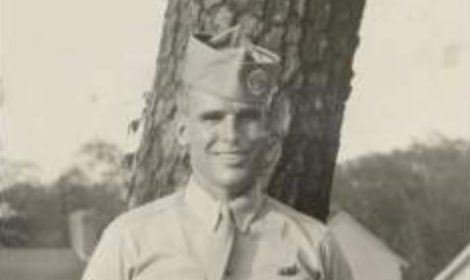