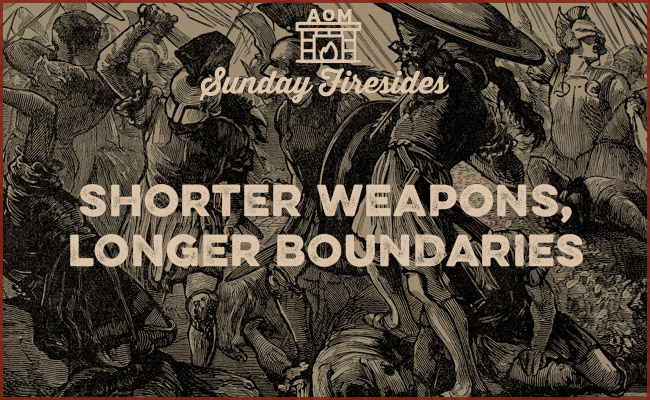 Oliver Wendell Holmes once wrote that a people “that shortens its weapons lengthens its boundaries.”

By this he meant that men who were capable of fighting fiercely at close quarters also possessed the essential courage, the thumos, that ultimately won battles, turned the tide of war — protected and expanded the borders of their nation. Spartan warriors, for example, carried swords just a foot long, which they thrust into an enemy’s throat or groin when the space between the battle lines grew so thin that their spears were no longer effective.

In contrast, troops that relied on weapons that put greater distance between the combatant and his foe – lances carried on horseback, javelins hurled from a place of safety, arrows shot from on high – lacked the requisite andreia, the manliness, that would win out in the end.

Holmes didn’t mean his epigram literally, in that longer-range weapons never offer strategic advantage. Rather, he was making the point that the men who can back up their technology with the bravery to fight hand-to-hand, are those who come out on top.

This principle truly applies beyond the battlefield to every area of life.

Especially in a time when it’s easy to attempt to execute one’s strategy from behind the safety of technological screens, success goes to the man who’s still able to step right up to the threshold of risk, conflict, and challenge – who can talk to people face-to-face, have difficult conversations in person, ask directly for what he wants, put himself out there.

The man who ceases to do endless research and finally takes action, who feels the hot breath of the opposition when he grasps a barbell, approaches a woman, steps up to a podium, is he who gains the victory, expands his empire, lengthens his boundaries. 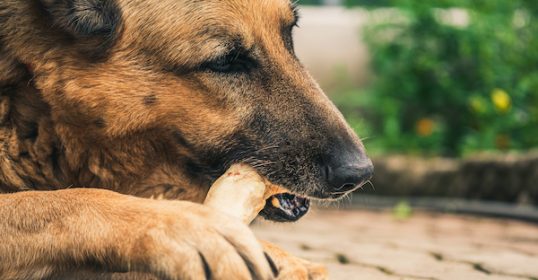