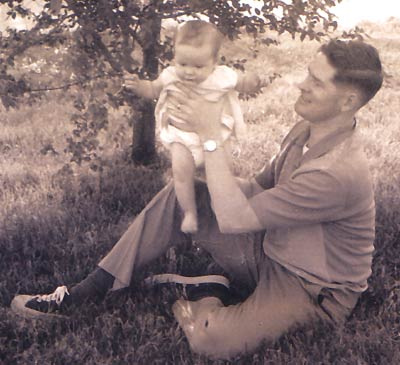 Editor’s Note: This is a guest post from Cameron Schaefer, author of Schaefer’s Blog, a site dedicated to better living. Make sure to check it out and subscribe to his RSS feed. Cameron is a graduate of the Air Force Academy and flies C-17s for a living.

In the modern techno-industrial culture, it is possible to proceed from infancy into senility without ever knowing manhood. ~ Edward Abbey

Six weeks ago I became a father. This experience has changed my life. But more than anything it has got me thinking about being a man. There are a few events in life that society has deemed as way-points on the road to manhood: graduating college and getting a job, getting married, buying your first house and having a child. These seem to be the big ones and, right or wrong, they are used as indicators of maturity in the lives of men, a measuring stick to judge the transition from boyhood to manhood.

I have noticed this more in the past few years as I’ve passed these points one by one. Slaps on the back from my dad’s friends, nods of approval, choruses of “You’re really growing up” indicating admission into the men’s club. These things have become commonplace in my life recently. Now, don’t get me wrong. I’m not mocking these occurrences in any way. In fact, I’ve quite enjoyed them. Deep down every young guy wants and needs approval from the elders of the church of manhood indicating acceptance as a member…an equal.

But are these life events really the best indicators of manhood? It seems not, as there are plenty of boys walking around wearing the bodies of men, holding degrees, jobs and a hefty mortgage, but retaining the soul of an 8-year old. So what is it that really determines whether someone has crossed from boyhood into manhood?

I wonder if in reality the whole process is somewhat counterintuitive, consisting more of dying to self and wrestling with humility, than inflating our ego and becoming the type-A Johnny we often see hailed in culture as “the Man.” As I’ve tracked my progress and thought about the men in my life whom I respect, I’ve come up with the following traits that truly define what it means to be a man:

No man has ever risen to the real stature of spiritual manhood until he has found that it is finer to serve somebody else than it is to serve himself. ~ Woodrow T. Wilson

Men live for someone or something greater than themselves. Walk the halls of most high schools and you will immediately notice the primary topic of conversation and matter of utmost importance is “self.” When we are young, most of us think that the world revolves around us and can’t imagine that we are just a small part of a much larger picture.

Most men would say that marriage and the birth of a first child mark the primary passages into manhood. Why? For many of us, it is the first time we have been charged with the complete service of another, a direct attack on the kingdom of “self” to which we have grown accustom. However, marriage and children are not necessary for entrance into manhood, service can take on many forms. Countless great men have given their lives in pursuit of a cause, something equally as noble. Whether through kids or causes, becoming a man means serving someone or something greater than yourself.

Real men are people that others can count on. Whether it’s simply doing what they say they’ll do or being at the right place at the right time, becoming a man means being consistent. Showing up for work late, missing appointments, not returning phone calls and general flakiness are all signs of immaturity. Anyone can do things right every once and a while, but chances are if you look at the men you look up to the most, all of them have gained your respect and trust through consistency.

For many of us consistency is a tough quality to attain, a seeming attack on the rebellious “I’ll do what I want, when I want” attitude that we take such pride in. This complete independence, we assure ourselves, is the true sign of manhood. After all, we’re not whipped right? In reality, independence is easy, something any youth can achieve. Absolute independence often acts as the disguise for immaturity and insecurity. Consistency is the game for pros, men who actually have people counting on them, men with responsibility….real men.

My power will be in humility ~ Walter Russell

Humility is often thought of as a “soft” trait, hardly the first thing that comes to mind when we think “man.” But the truth is, cockiness is most often displayed by those who have the least to be cocky about. Their insecurities come out as they grasp for the compliments and praise they so desperately need. Real men are secure in their abilities and do not find it necessary to place themselves in higher esteem than those around them. In fact, they are often the quickest to share the glory with those around them.

It seems as you study the men in history we consider great or heroic, their life is often characterized not by how high they attempted to maneuver themselves in respect to other men, but rather how low. In the incredible movie, “Gladiator,” we see this displayed in convincing fashion. The coward son of Marcus Aurelius fought to mask his insecurities through swagger and a mad dash for power.

In contrast, the hero Maximus, the epitome of manhood, consistently chooses restraint and humility. He took care of the men around him, teaching them how to fight in the arena, and not for a second deeming himself more valuable or worthy. The result? His men adored him and many gave their lives for him. The great power of Maximus was in his humility.

Selflessness, consistency and humility. As I’ve surveyed the scene around me, these three traits have stood out as defining characteristics of passage into manhood. So, do I feel like a man yet? To be honest, I often feel like it was just yesterday that I was playing high school football with the guys in Deti Stadium. But the process has taught me so much. Mainly that I still have much to learn and maybe that’s what becoming a man is all about. 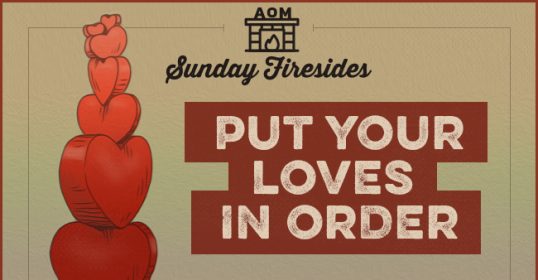 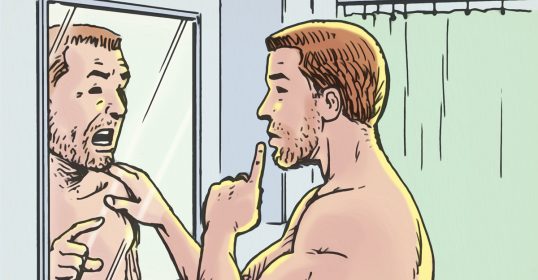