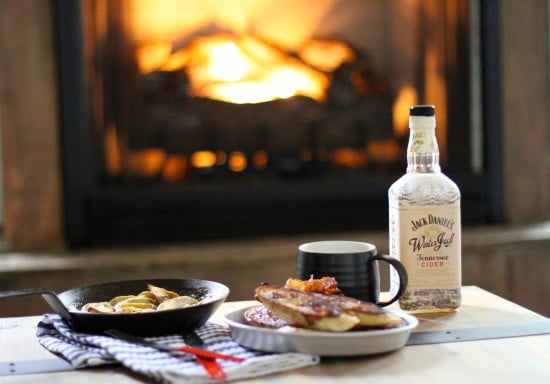 A quick read of any of my pieces here at the Art of Manliness, and you will soon discover that I’m the kind of guy who likes to have his whiskey, and drink it too! Being a Tennessean, I’m pretty much a fan of anything my ole Uncle Jack concocts just down the road in Lynchburg. So upon hearing about their newest variety – Winter Jack – a blend of classic Jack Daniel’s Old No. 7 Tennessee Whiskey and a punch of apple cider liqueur – I was instantly smitten and eager to try some out not only in a mug, but in a frying pan.

They key to cooking with any spirit is to allow the spirit to compliment the dish – not overpower. Winter Jack has a lower alcohol content than traditional Jack Daniel’s Whiskey, and because it’s melded with apple cider liqueur, it’s actually quite a nice ingredient for cooking. Beyond the breakfast dishes below (which don’t have to be confined to the morning; they make for a great breakfast-for-dinner, too!), I can see this spirit serving as a great compliment when poured warm over vanilla ice cream, or in an apple pie, fruit parfait, or sugar glaze. In other words, it ain’t just for drinking.

I never tire of speaking about how a home cooked meal is one of life’s most simple pleasures. I invite you to pay it forward and invite over some friends for a belly-warming breakfast – a hearty meal to eat in front of the fire, awaiting the onslaught of college or pro football games that follow. 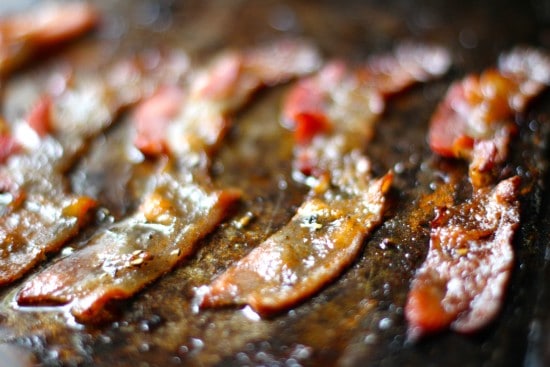 Few things are better in life than bacon. And when you combine it with the flavor of whiskey and apple cider liqueur, it’s like a marriage made in food heaven. Along with the addition of a shot of Winter Jack, I help send this bacon over the top by adding in some sweetness (brown sugar) and spice (black pepper) This is probably one of the more addictive recipes I’ve ever created — so be forewarned, you can’t just eat one slice. Serves 4 people.

1) Preheat oven to 350 degrees F. Remove bacon slices from package and place into a mixing bowl. Add remaining ingredients and toss to ensure mixture is evenly coated on each slice.

2) Arrange bacon in a single layer on a baking sheet. Bake for 25 minutes, or until crispy. Remove from heat, drain excess grease on paper towels. Serve. 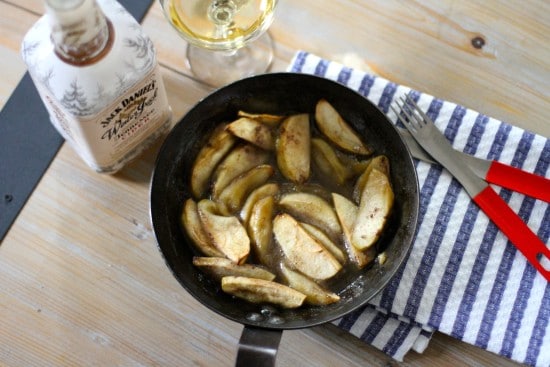 A traditional Southern breakfast always incorporates a side dish of gooey, sweet baked apples. I decided to adult-them-up with a shot of Winter Jack. You can eat these separately, or add them as a topping to the French toast recipe below. For an evening dessert, top these apples with vanilla ice-cream or Greek yogurt. Working smarter, not harder. Serves 4 people.

1) Preheat oven to 350 degrees F. Combine the first 5 ingredients into a mixing bowl and toss until evenly coated.

2) Arrange apple slices into a cast-iron skillet and top with butter. Bake for 35 minutes. Remove from oven and use a spoon to stir the mixture. Bake an additional 25 minutes until apples are softened and mixture is bubbling. Serve. 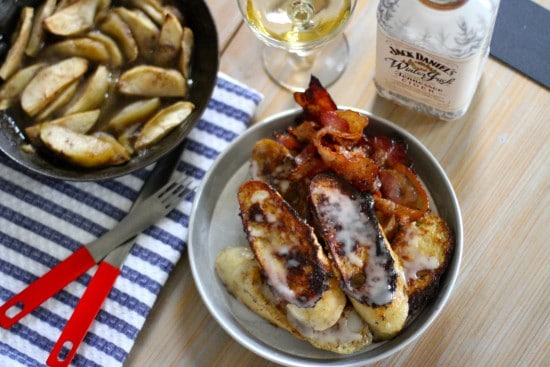 Classic French toast paired up with a sugary glaze — this combo is nearly like melding your favorite French toast with a good doughnut. The glaze is super versatile, which lends itself well to this breakfast or as an added punch to nearly any dessert. Serves 4 people.

1) In a small mixing bowl, beat together the first five ingredients until well combined. Dip and coat both sides of each bread slice in the egg mixture, allowing it to soak in the mixture for about 15 seconds on each side.

2) In a preheated skillet over medium heat, add butter. When the butter begins to foam, add the bread slices, careful not to overcrowd the pan. Fry for 2-3 minutes per side, or until the bread is golden brown on each side.

3) Meanwhile, prepare glaze by whisking together the last two ingredients until combined.

4) Remove toast from the pan and drizzle with Winter Jack glaze. Serve. 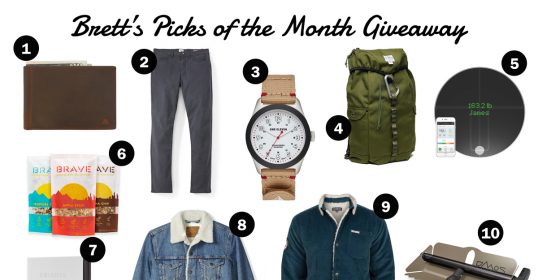