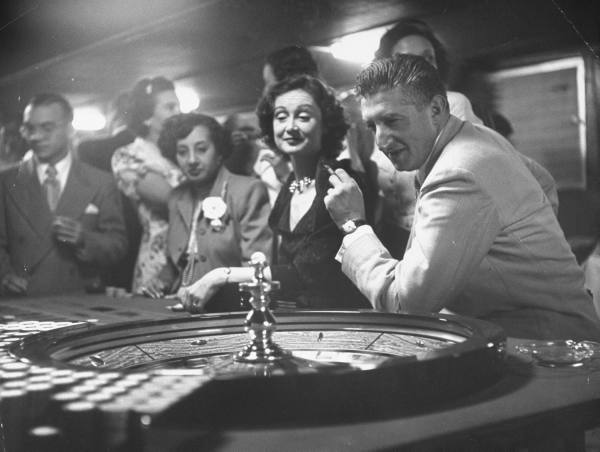 The Rules: Look Over There!

There is no playing in roulette. The “dealer” so to speak, sets the ball spinning, and so it goes. The game is in the bet. The game is entirely deterministic.

Inside. Inside bets are placed on a specific pocket, a cluster of pockets or range of pockets, with the theme being the position of the pockets’ final landing position. They have longer odds but better payouts. They are:

Outside. Outside bets are placed on categories and sets of pockets. They have better odds but worse payouts. They are:

Any bet can be eliminated by the dealer as winning at any time. If this is done, that bet will be occupied by a marker for the next roll and cannot be made. This aspect of the game varies from casino to casino.

Now you know how to bet for roulette. Now I will tell why to never, ever, ever play the game.

Why You Can’t Win: A Tragedy in Three Parts

The best odds you ever get in roulette are 1.111 to 1. That is on the Half bets, like Red or Odd. They have a resounding payout of 1 to 1. Even money. Let’s look at something with a better payout. 2-1. The dozens. What are the odds you say? 2-1. Nonsense. The odds are in fact, 2.167 to 1. While that may seem like a small difference, that small change will eat you alive in the long term. This incremental and disproportionate upward change in odds remains true as we move upwards in payout. Why? Various reasons, none of them relevant to the issue. They don’t need to rig the game; the work is done for them already.

Every time you place a bet on something where you can use math to predict the possible outcome, you can determine the Expected Value of a $1.00 bet. Some bets have a positive value, some have a negative value. In the absence of an external control, card counting, strategy, psychological maneuvering, player to player gambling, this means that your gains will be in the negative. In roulette, your expected value for a bet of $1.00 for every bet save Trio is -$00.53. Trio is worth -$00.79. These numbers are less than thrilling.

You’ve just made a great bet, and gotten a huge payout. You’re bursting with adrenaline, and everything is going your way. Wrong. The next roll is exactly the same as the previous roll. Why? Because you have absolutely no control over roulette. There is no deck to count, and nothing changes over time. The odds are what they are, and they are meant to make you keep playing until you lose. What does this remind us of? A slot machine. Except everyone is better dressed. And you’re losing more money.

Now, I know what you’re saying, “People make money playing Roulette! It’s in the history books!” Let us examine that in detail.

One for the Books

Historically, and I can speak from having met at least one of these men, the great roulette payouts were produced one way. Old tables were designed and made imperfectly. As the night progressed, the wheels would show bias towards certain results. Now, one board would not show bias enough for someone to make a profit, and one man could not determine the bias of all the tables. Solution? A certain set of professional gamblers began to hire clerks, accountants and such in teams to watch casinos long enough to put together the numbers they needed to make their bets, then make a streak over the course of a week before anyone could figure out their plan. Eventually the casinos realized what was going on and invested no small amount of money in fixing this problem. Consequently, modern boards are of two kinds. Supposedly without bias or resettable.

Modern roulette wins are dependent on one of two things. Blind luck of incomprehensible proportions, or systems that are essentially dependent on a player’s reliance on the computational utility of Chaos Theory.  This is generally considered by most people who have extensive knowledge of math to be a bad idea. Now there is always the trusty Martingale system and its offspring, but that is not so much a winning strategy as a loss minimization strategy. This is also what is called a bad idea. Now, in truth, it has been proven that a team of gamblers can beat a wheel. That said, roulette odds are not, in my opinion good enough to warrant this kind of play, and as of yet, there is no confirmation of theory, only of practice.

The Moral of the Story

Roulette is the sophisticate’s slot machine. It feels like a real game, but it isn’t. There is no playing. There is no real winning. There is the luck of the draw, and there is the reality, which is horrible, soul crushing loss. While my usual lightheartedness may be lacking here, I only remove it so as to prevent you from making the mistake so many do. Roulette is different from slot machines in one fairly big way. You lose significantly more money playing it. This is a bad thing. Combined with dealer control, the game is a loser’s game from beginning to end. The only way to win when you gamble is to be in control. End of discussion. There is no way to exert any level of control in roulette. What is the logical conclusion we draw from this? There is no way to win in roulette. If there is no way to win in a game, do we play? No. We do not.

Written by Christatos Aristad. Mr. Aristad is a retired professional gambler who is writing a series of articles for AoM on the ins and outs of various  games and how to gamble in the most responsible and appropriate way possible. 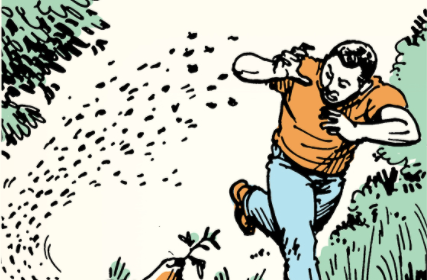